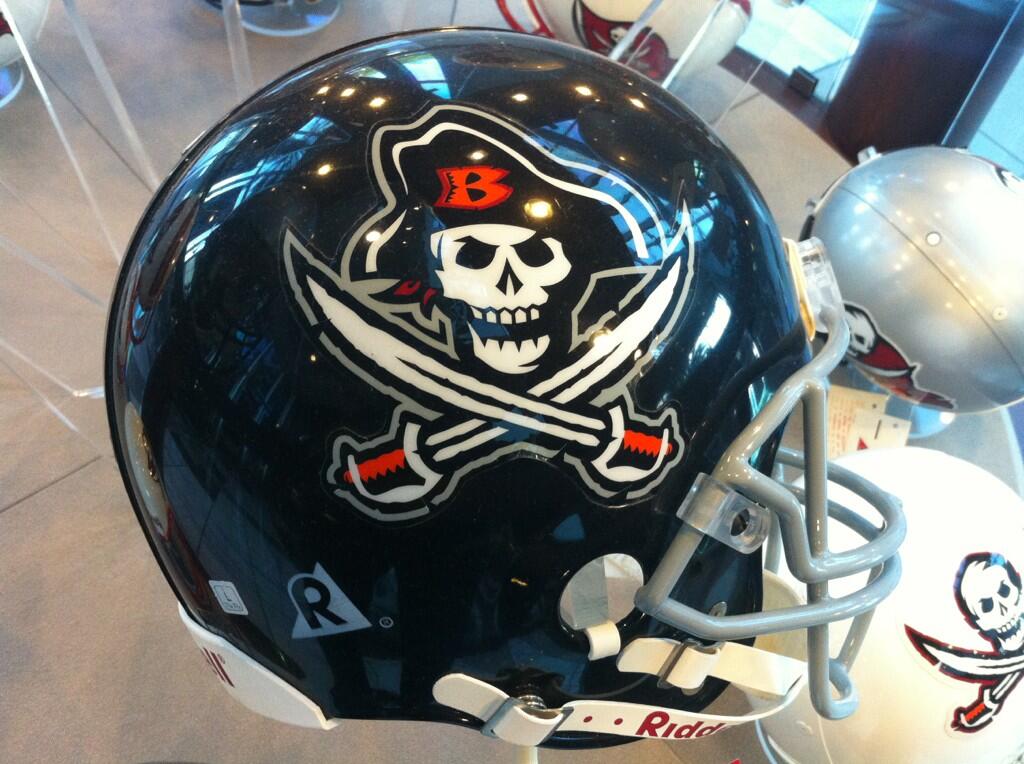 The Buccaneers will take the field this year with a new head coach and general manager. This is refreshing news when you consider the results from the past two seasons. Ownership felt that a change needed to also be made in the uniform department.

The Tampa Bay Bucs has not made a drastic uniform change since 1997. Slight changes were only made back in 2007 when Nike took the helm as the official uniform provider for The National Football League.

At this point, The Bucs have only revealed that a change has been made to the helmet's logo. Some are also expecting to see changes with the jerseys and pants. Some feel that the new uniforms will have a completely new look. The Bucs organization is not in a legal position to disclose any information before the official unveiling.

The new uniforms will be unveiled Thursday night on The NFL Network. Warren Sapp will be in the studio. He will be accompanied by Gerald McCoy.

Many Bucs fans are excited about the uniform change. The uniform change may give closure to the organization. The closure may be able to give the Bucs a chance to move forward into this year's upcoming playoff picture.

Related Topics:buccaneers new logo and uniforms
Up Next