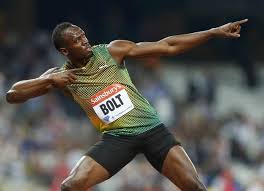 Usain Bolt, a Jamaican Olympic runner, could be trying bobsledding soon if the Jamaicans get their way. The Jamaican bobsledding team are looking to replace Winston Watts once he retires. They are trying to find younger athletes to join their team. They feel that Bolt is quite the athlete and might actually work well for the team. He would bring more interest to the sport which could lead to more scholarships and more funding for athletes. The members of the Jamaican bobsledding team first hinted at wanting Bolt to join their team during a press conference at the Sochi Winter Olympics. It has not been determined as to whether or not the bobsledding team was actually serious about wanting Bolt on their team. Bolt has not made any comments about it either. If Bolt does try his hand at bobsledding he won't be the first Olympic athlete to cross over from one sport to the other. Seiko Hashimoto of Japan was in the Olympics for speed skating as well as cycling and John Foster Senior was in it for sailing and bobsledding. Only time will tell whether or not Usain Bolt decides to make the leap and try his hand at bobsledding.

Related Topics:Usain Bolt
Up Next