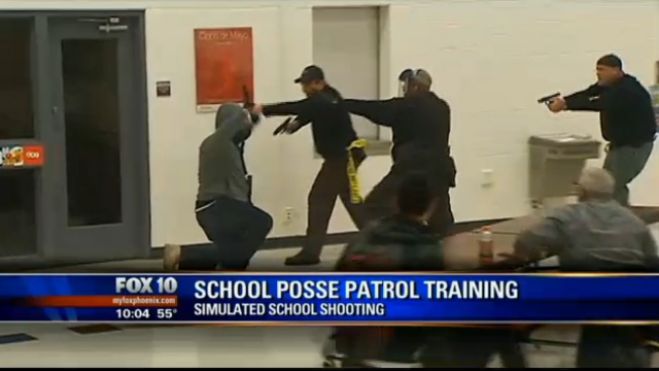 Action film star Steven Seagal recently made waves by lending a hand to a suburb of Phoenix as he helped to train a posse of volunteers to help combat possible attempts on schools like the recent Newtown, Connecticut shooting that left almost 30 children and faculty members slaughtered this past December. The actions have been called into question because officials are concerned about non-official law enforcement potentially hampering a tragedy instead of helping it.

Joe Arpaio, the sheriff for county in question doesn't understand why questions are being raised for providing safety to the community's schools and feels that the presence of posses will serve as repellents to future brazen acts. He feels the actions are proactive approaches to a more increasing volatile society.

"Why would people complain about my posse being in front of schools to act as prevention?" Arpaio said. "I want everyone to know about it for the deterrence effect."

Some politicians believe the posses could cause politic strife but Apraio mentioned that his 3000 plus strong group is ready to prove their worth.

"I am here to try to teach the posse firearms and martial arts to try to help them learn how to respond quicker and help protect our children," Seagal said.

Related Topics:Steven Seagal
Up Next