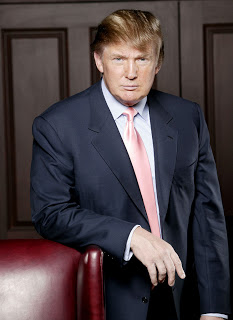 Real estate mogul and reality TV star Donald Trump has hit out at Beyonce's critically acclaimed Super Bowl Halftime Show, calling it offensive and suggestive. Speaking on The Howard Stern Show on February 6th Trump claimed he felt the show incorporated too many suggestive dance moves, which were not appropriate for the NFL's high profile show.

Trump went on to state his belief that if any other performer had taken the stage to perform a similar routine they would have been savaged by the critics for the suggestiveness of the performance.

Despite Trump's claims the preformance of Beyonce has been met with mostly a warm response from critics following a series of older performers taking to the Super Bowl stage over recent years. Realising he was almost a lone voice in finding the Beyonce performance unsettling Trump stated he was in the minority and would let the matter drop by awarding her a free pass.

Full text of of hi rant:

Beyonce performed at the halftime show to much critical acclaim, despite the unflattering photographs that emerged afterward of the pop star making unusually aggressive poses. And though the outspoken Trump made clear that he found Bey's show distasteful, he recognized he was in the minority when it came to his visceral reaction to the performance. "There's been no mention of [her scandalous behavior]. So obviously, it must not have been so bad. She gets a pass."

Kate Upton Does The Harlem Shake