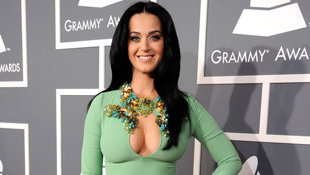 One of the biggest celebrity Lotharios in the US may have met his match. John Mayer has stated before that he does want to get married someday, but romances with Jessica Simpson, Taylor Swift, Minka Kelly and Jennifer Love-Hewitt have all ended with heartbreak and headlines. That romantic history may have turned the corner with his most recent relationship, with “Firework” singer, Katy Perry.

Mayer and Perry were spotted together on Valentine’s and she was sporting a new accessory, a heart-shaped ring on her left ring finger. This of course has lead to the expected engagement rumors. The ring was designed by Daniel Gibbings and Mayer reportedly picked out the ring himself.

The two chart toppers have been making beautiful music together since they began dating in the summer of 2012. Mayer, 35, is seven years old than the songstress but has publicly gushed that his relationship with Perry is different than any other he’s had.

Related Topics:Katy Perry
Up Next

Boy George Weight Loss: Singer Is Half The Man He Use To Be (PHOTO)