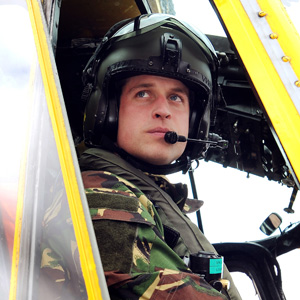 It was reported that earlier in the week Prince William rescued two stranded hikers near Snowdonia in Wales. Reports indicate that he flew a helicopter during the rescue mission while serving in the Royal Air Force. The two unidentified hikers were forced to camp out over night in below freezing temperatures after becoming lost. They were reported missing after having failed to contact a close friend who then alerted authorities. After they were located Prince William was given their location and sent to fly them back to safety. Both hikers are said to be in good condition.

"The helicopter came about 1am to search the mountain which was quite difficult with patches of low cloud," Chris Lloyd of Ogwen Valley Mountain Rescue, said. "Flying in the mountains at night with banks of low cloud requires great skill."

This is not the first time the Duke of Cambridge has been called to the rescue of civilians. In August 2012 he rescued a Canadian hiker who had broken her leg and was unable to get help. Prince William has been serving as a search and rescue pilot in the RAF since 2010.

Mariah Carey’s Wardrobe Malfunction Could Have Been Worse