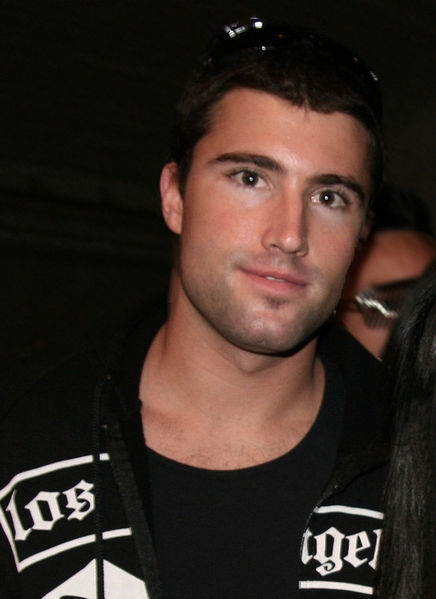 "Keeping Up With the Kardashians", the reality TV series on E! Entertainment Network that made stars of all three Kardashian sisters, is adding 29-year old Brody Jenner to its cast when the eighth season premieres.

"I'm always excited for each new season of Keeping Up with the Kardashians," Kardashian wrote on her blog Monday. "But I'm especially excited for this upcoming season because you're going to be seeing a lot more of the Kardashian/Jenner clan! My stepbrothers, Brody and Brandon, and Brandon's wife Leah are going to be on the show much more, which means an even closer look into the inner-workings of my crazy, wonderful family! Get ready people!"

So who is Brody exactly? Well the LA Times took the time to break down the family tree:

Allow us to shed some light on the very "Brady Bunch" Kardashian family tree right about now: The Kardashians — Kim Kardashian, Kourtney Kardashian, Khloe Kardashian and Robert Kardashian — are children to former O.J. Simpson lawyer Robert Kardashian and Kris Jenner (née Houghton). She divorced Kardashian and married Bruce Jenner, who had Brandon and Sam Brody from a previous marriage to Linda Thompson. (He also has another son and daughter from his first marriage to Chrystie Crownover.) Kris Jenner and Bruce Jenner later had two daughters, Kylie and Kendall Jenner, who are also featured on the reality series and aim to carve out their own brand unaffiliated with their older, more famous stepsisters.

Brody Jenner is not a complete stranger to those who have watched the popular reality show on a regular basis as he's made numerous cameo appearances over the years.

Brody Jenner says that being added to the "Keeping Up With the Kardashians" series on a regular basis will help him get better acquainted with members of his extended family, his stepmom Kris, her three daughters with Robert Kardashian, his half-sisters Kendall and Kylie who are Bruce and Kris's daughters, and Kris' son Rob.

The eighth season will kick off sometime in June.

Heidi Klum Signs On For America’s Got Talent

kylie jenner jaden smith are dating so says the internet