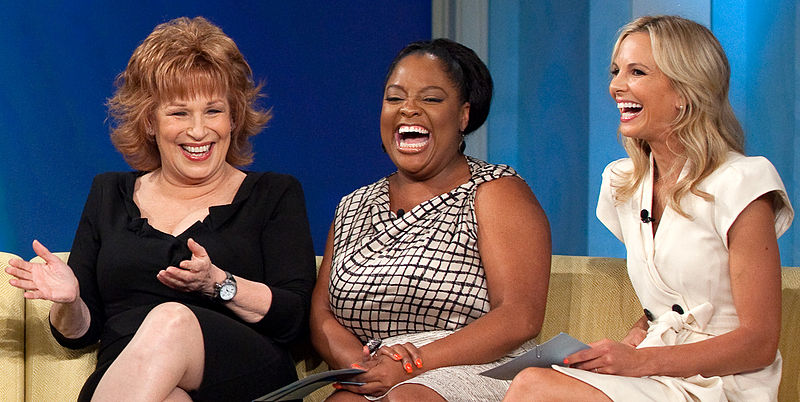 Hasselbeck Has A Cloudy View

For Elisabeth Hasselbeck, the view may no longer be so rosy.

According to US Weekly, the fiery co-host of "The View", is being fired after this season. Hasselbeck, who is married to football player Tim Hasselbeck, is no longer popular with viewers.

The mother of 3 is considered too conservative for a morning show. However, some are claiming that her firing was due to a poor news report that she was assigned.

"The viewers they polled all said she was too extreme and right wing," the insider tells Us. "People did not watch the show because of Elisabeth. So they told her yesterday her contract would not be renewed."

Hasselbeck was fired just hours after her outspoken co-host, Joy Behar, announced that she would also be leaving the program.

"You can't stay forever on a show," Behar told Good Morning America. "I am graciously exiting stage left. I've put in 16 1/2 years and felt the time was right. I want to explore other opportunities."

Adds the source to Us: "Joy says it just felt ... tired and like work. She was over it."

he ex Survivor contestant, began hosting the program in 2002. If both women leave the show, that would leave two empty seats on the panel. Rumors of Barbara Walters departure are also hitting the airways. With so many empty seats, viewers are left wondering who will fill the spots. Hasselbeck has yet to comment on the latest reports.

Elisabeth Hasselbeck Leaving 'The View'? Us Weekly Reports Co-Host Is Being Ousted
http://www.huffingtonpost.com/2013/03/08/elisabeth-hasselbeck-leaving-the-view_n_2838942.html