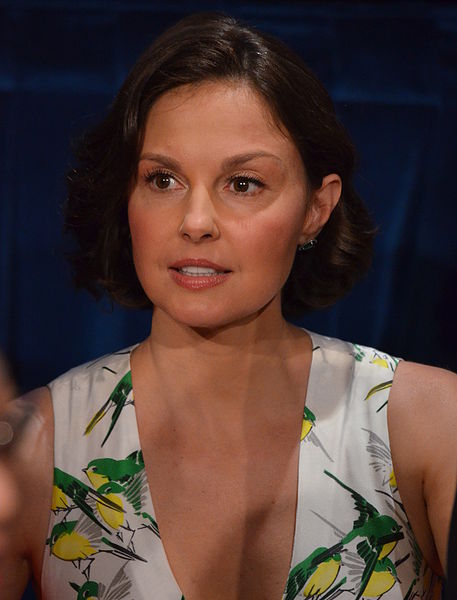 Ashley Judd is making divorcees the world over immensely proud. At the "Olympus Has Fallen" premiere on March 18th, the 44 year old actress and humanitarian dazzled in a seemingly painted-on Herve Leger dress mere weeks after her split from racer ex-hubby Dario Franchiti. The teal blue creation's plunging neckline and just below the knee hemline accentuated Judd's hourglass to utter perfection, scoring her some especially intense paparazzi action on the red carpet.

Judd joined her "Olympus" co-stars Gerard Butler and Morgan Freeman (with whom she previously co-starred in such blockbusters as "Kiss The Girls" and "High Crimes"). Butler openly admired the sight of Judd in her dress and the two were said to have spent ample time together throughout the night, chatting and laughing.

UPI reports, Judd attended the "Olympus" premiere's after-party at Hollywood's Lure nightclub, where she spent the rest of her night chatting up the 43-year-old Butler and his parents.

The country singer told Us that though she and the "Olympus Has Fallen" actress don't always see eye-to-eye, she's already ready to cast her vote should Ashley decide to run for Senate in 2014.

"Of course I'd vote for her!" she said. "I don't agree with anything she says half the time. We're so different. But I love my sister. I am for Ashley."

In fact, when Ashley announced her decision to part ways with husband Dario Franchitti, 39, earlier this year, Wynonna was "one of the first people that she told."