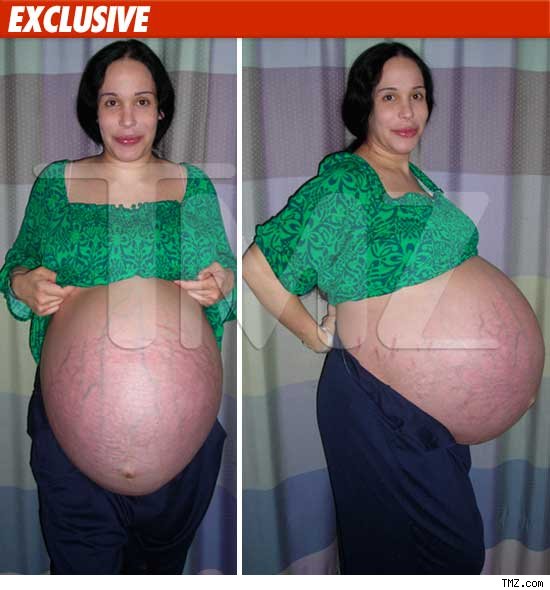 Octomom Fraud? Mom Of 14 Under Investigation[/caption]Octomom being Investigated for Welfare Fraud

Octomom, Nadya Suleman, is reportedly being investigated for welfare fraud by the State of California following allegations that she is collecting many forms of welfare, including food stamps, despite claims that she made nearly $200,000 in 2012.

Under California law, she is eligible for welfare assistance for her, and her 14 children, if she makes $119,000 or less in a calendar year. Welfare Fraud Prevention and Investigation officials are conducting interviews, and if fraud is determined, she could be prosecuted. If convicted, she could face more than three years in prison.

In May of 2012, Octomom began filming a pornographic movie at a mansion near Los Angeles. The movie, which was produced by Wicked Video and released in July 2012, reportedly paid her a lot more than the $10,000 she had previously been paid for posing topless, and she also receives monthly royalties. The movie was nominated for four Adult Video Awards, and ultimately won in the Best Celebrity Tape category.

In March of 2012, she had posed semi-nude for a magazine in the United Kingdom, but by April 2012, it is reported that she was again receiving welfare benefits. On April 30th, 2012, she filed for Chapter 7 bankruptcy in Orange County Superior Court stating that she had $50,000 dollars worth of assets, but also had $1 million dollars of debt. Other publicized attempts by her to raise money in 2012 included working as a dancer at a men’s club in Hallandale, Florida, the release of a single called “Sexy Party”, and being part of the launch of an internet debate site called Deeyon.com.

Related Topics:Octomom Fraud
Up Next