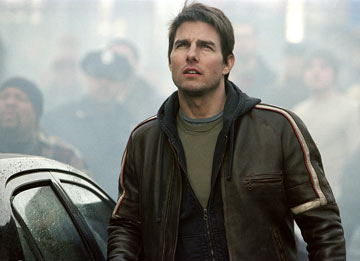 More than a year after headlines revealed the shocking news that actress Katie Holmes was divorcing Tom Cruise, Cruise himself has finally broken his silence about his split, revealing that it came as a surprise to him, too.

Cruise admitted during an interview in Germany that Holmes' decision to end their marriage, which produced a daughter, Suri, came as a total surprise to him and that his wife of five years gave no inkling that she wanted out of their relationship.

Cruise says that he has had an incredible amount of time to assess the break-up of their marriage, which was announced just a few days before he observed his 50th birthday.

Cruise admits that having his world turn upside down just as he reached a milestone of half a century helped him to realize that all of living is simply a series of challenges that must be responded to. Cruise calls life "tragicomic" and admitted that having a sense of humor about it all is a crucial survival skill in life.

"I did not expect that," Cruise said, The "Oblivion" star explained that he had "an incredible amount of time to reflect" following the split and that he came to terms with Holmes' decision.

"Life is a challenge," he admitted, saying that the breakup sort of messed with his milestone birthday celebrations. (Cruise turned 50 five days after Holmes announced the couple's separation).

"To be 50 and have experiences and think you have everything under control, and then it hits you -- that's what life is…Life is tragicomic," Cruise added. "You need a certain sense of humor."

Since the dissolution of their marriage, Holmes has begun a new life with their daughter in New York City, while Cruise has chosen to pursue film projects in England.