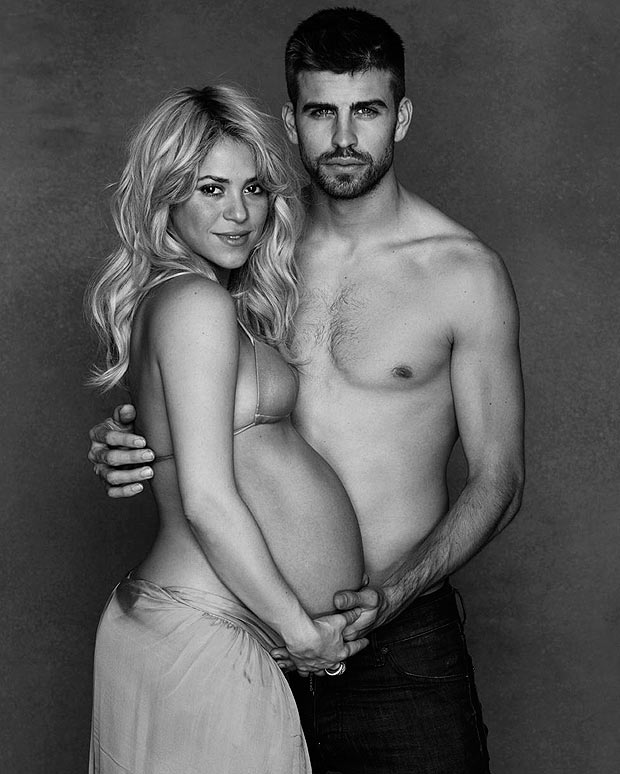 Although her son with boyfriend Gerard Pique was born in late January, singer Shakira says she is still battling the issue of the baby weight she acquired during her pregnancy.

Although the Columbian-born entertainer says she's lost a lot of excess weight and believes she looks "decent", she feels she still has quite a way to go to get her body back into pre-pregnancy shape.

In a recent interview she revealed that motherhood is a new process that she is undergoing by taking it just one day at a time but she is overjoyed that her first son is a mellow child who is also very alert to everything that is going on around him.

"He's great. He's so mellow, but he's very alert too," she said in an interview Wednesday night at House of Blues in West Hollywood, Calif. "It's like he knows what's going on around him. He knows when someone comes in the room or comes out. He's something."

Her fellow coaches on NBC's hit series "The Voice" tease that Shakira has turned their set into a nursery with daily visits from Milan. The double-wide trailer that she uses in between filming has been completely baby-proofed to make it safe for Milan to visit.

"With Milan it's a full blown nursery!" Daly said of Shakira's baby-proofed double-wide trailer. "It's just like Shakira's door opens and 'It's a Small World' starts playing. It's built for Milan. And it's really special and it's cool. We're like a little family."

Shakira jokes that its her male co-stars who are the real babies on the set every day.

"It's like a kindergarten because these guys are already babies. They're babies!" she joked of her fellow coaches.

As for losing the baby weight, the singer admits she still has a long way to go.

Shakira on losing baby weight for 'The Voice': 'I still have a long way to go'
http://www.newsday.com/entertainment/celebrities/shakira-on-losing-baby-weight-for-the-voice-i-still-have-a-long-way-to-go-1.5231101