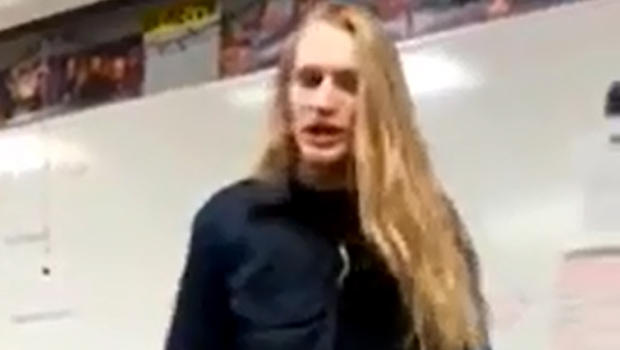 Duncanville, TX - Jeff Bliss was recently told to leave his classroom by his female instructor over an unknown comment he made which she found unacceptable. Whether he knew it or not, a fellow student was recording video of the exchange that followed.

As Bliss arose from his seat in the back of the class, he began to lecture his instructor on the poor quality of her teaching. Bliss made reference to comments she had made before where she referred to her job as an educator as "her paycheck". While Bliss affirmed that the job is her source of income, he makes his point that this is his education and that students needs a teacher to engage them and touch their hearts if students are to embrace learning.

In the video he says his instructor only hands out "packets" and expects the youth to change by her beckon to do so.

"You want kids to come into your class? You want them to get excited for this? You gotta come in here and make them excited. You want a kid to change and start doing better? You gotta touch his freakin' heart. Can't expect a kid to change if all you do is just tell 'em," the student says in the video.

"This is my country's future, my education," he says as he exits.

Ironically, the school district has the motto, "Engaging Hearts and Minds". As he is leaving, the instructor tells Bliss in a monotone voice that he is "wasting her time".

The school district is looking into the matter but has not elaborated on what that inquiry entails or in what way they will address the issue.

"As a district with a motto of Engaging Hearts and Minds we focus on building positive relationships with students and designing engaging work that is meaningful. We want our students and teachers to be engaged, but the method by which the student expressed his concern could have been handled in a more appropriate way. We are and will continue to be open to listening to students."

According to CBS DFW, the Duncanville Independent School District released a statement saying they are aware of the video and "are currently addressing the situation."

The video of the exchange was posted on the internet and has gone viral.

Related Topics:Student Teaches Teacher
Up Next