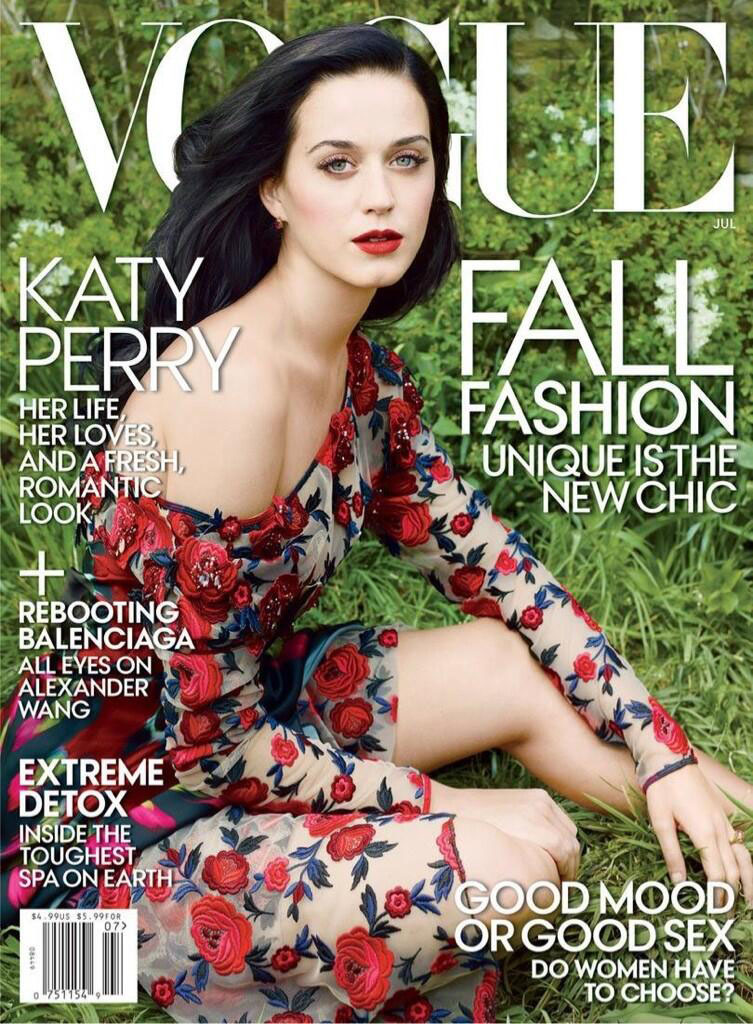 Singer Katy Perry was willing to go on an extreme diet in order to appear at her best for a cover shoot for Vogue Magazine and has been making the talk show rounds explaining what her Vogue diet entailed. Perry admitted that in preparation for her Vogue Magazine cover shoot, she voluntarily gave up any type of alcohol for 90 days, the singer revealed in an interview with Jay Leno.

“I did a lot of my own prepping. I kind of went on a cleanse … I did a lot of stuff like vitamins and supplements, I changed my coffee to green tea, I didn’t drink any alcohol for three months. So I was really in the zone and just really wanted to be glowing for that cover.”

She also confided that she did her own cleansing routine to eliminate fats and toxins from her system at the same time increasing the amount of vitamins and supplements she took on a daily basis. Perry said she was also willing to give up drinking coffee in favor of green tea which helps to suppress the appetite and assist in weight loss.

Now Perry's routine to prepare for being a magazine cover girl has become known in social media circles as the Katy Perry Vogue Diet.

Although Perry was willing to give up many food and beverage items that are a favorite part of most Americans' daily menus, she said it was worth it in order for her to look "glowing" when the Vogue photographer finally started snapping away. No word if she is willing to continue on the self-imposed Vogue diet.