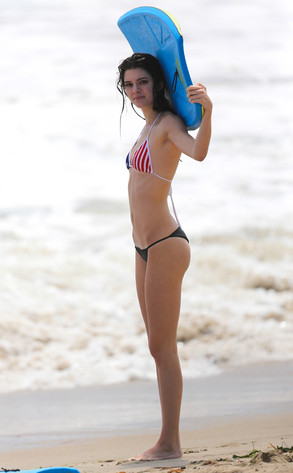 Obama Attacks Kardashians[/caption]President Obama bashes keeping up with Kanye and the Kardashians
Once again, President Obama has decided to succumb to popular trends by spouting his personal opinion on celebrities. He commented, “I think there has also been a shift in culture. We weren’t exposed to the things we didn’t have in the same way that kids these days are… Kids weren’t monitoring every day what Kim Kardashian was wearing, or where Kanye West was going on vacation, and thinking that somehow that was the mark of success,” during an interview with Amazon.com

The president is not new to commenting on popular events or attacking Kanye West’s actions. When Kanye interrupted Taylor Swift’s acceptance speech at the MTV VMA’s a few years back, the president actually called him a “jackshit” for his actions at the popular award show. Obama has also commented on the Kardashian’s uncanny climb to fame, once asking of Kim K,” What is she famous for anyway?” Even though said under the guise of a joke, the president illustrated a very real feeling that many share- who is she anyway?

In his latest rant, President Obama has stripped all joking and niceties from his take on the Kanye Kardashian level of fame, stating that there sort if detrimental to the moral fiber of the country.

He says, "The American Dream involved some pretty basic stuff. A good job where you felt some security. A good education... People felt if they worked hard they could get there... I don't think people went around saying to themselves, 'I need to have a 10,000-square-foot house'... I think, there has also been a shift in culture. We weren't exposed to the things we didn't have in the same way that kids these days are.

"There was not that window into the lifestyles of the rich and famous. Kids weren't monitoring every day what Kim Kardashian was wearing, or where Kanye West was going on vacation, and thinking that somehow that was the mark of success."

Kardashian and her relatives have built up a reality TV empire over the last few years with shows including Keeping Up with the Kardashians and Kourtney and Kim Take New York, and she also broadcast her much-hyped 2011 wedding to basketball player Kris Humphries as a small screen special.

As for West, it is not the first time Obama has clashed with the rapper - in 2009 the President famously branded him a "jackass" for storming the stage at the MTV Video Music Awards during Taylor Swift's acceptance speech.

details on johnny depp Vajoliroja yacht, Hey You Can Rent it!