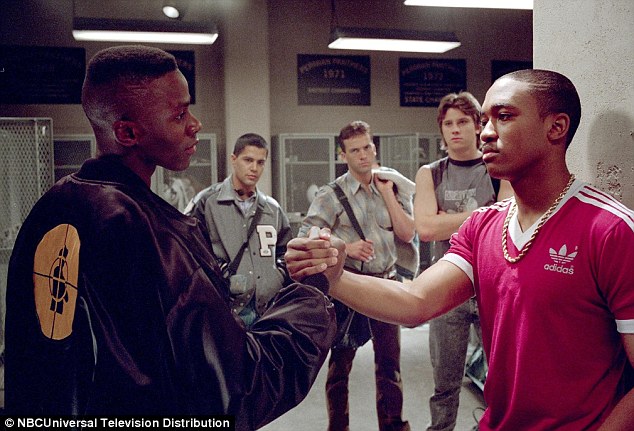 Family and friends, including the cast of Rizzoli & Isles, gathered on the Paramount lot this morning for a memorial service honoring the actor, who died Monday of an apparently self-inflicted gunshot wound.

Among the mourners was Angie Harmon, who broke down in tears while speaking about her late costar, an eyewitness exclusively tells E! News.

"It was really hard to hear her because she was in tears," says a friend of Young's who attended the private gathering. "It was very emotional."

Rizzoli & Isles star Jordan Bridges also spoke about Young, saying that he had been excited to start working with him especially because they shared a passion for martial arts. They shared a connection and became good pals, Bridges said. He concluded his remarks by holding what's known as a horse stance, similar to a warrior pose in yoga, in honor of his friend.
Tuesday's episode of the TNT crime drama was dedicated to Young's memory.

Gabrielle Union: 'I had the pleasure of working w/ #LeeThompsonYoung on Flash Forward & he was an extremely talented beautiful soul. My thoughts & prayers are with his loved ones. #RIP.'

Solange Knowles: 'Very very sad to hear about Lee Thompson Young. He was always very kind, and such a light.'

Glee‘s Jenna Ushkowitz: 'My deepest thoughts and love to the friends and family who knew Lee Thompson Young.'

Tia Mowry: 'My heart goes out to Lee Thompson Young. RIP. These child stars are leaving us too soon! My heart is aching…'

Harry Shum Jr:: 'Feeling incredibly sad about Lee Thompson Young. My heart goes out to his family and friends. #gonetoosoon.'

Lee's show Rizzoli & Isles' official Twitter page said: “We’re devastated by the news of the passing of Lee Thompson Young. Lee will be cherished and remembered by all who knew and loved him.”

Related Topics:Lee Thompson Young
Up Next