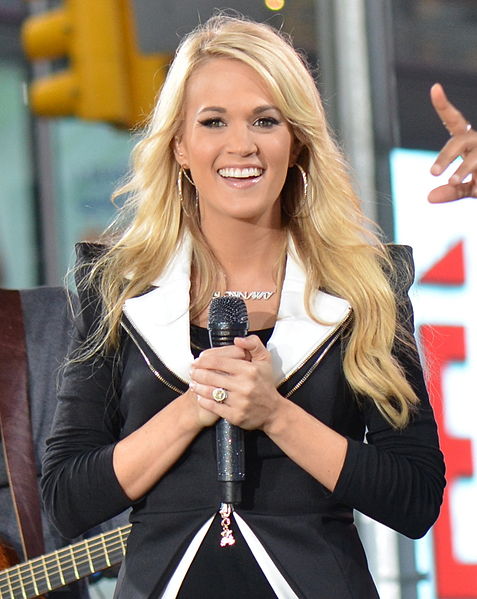 30-year-old Carrie Underwood started her career by winning season four of American Idol back in 2004. Since then, she's gone on to sell sixteen million CDs and thirty million singles making her one of the biggest country acts.

Now, Underwood will be making a return to a number one prime time show, but it isn't American Idol. This time it's the NFL's Sunday Night Football game. However, it won't be Underwood performing live. Rather, she performs the theme song for show called "Waiting All Day for Sunday Night". For the past six years, the program has used a version of the song by fellow country singer Faith Hill.

Underwood says she added an edge to the song while keeping it enjoyable at the same time. She even admits she put her vocal energy into the song.

Underwood told the AP last week that she wanted to make sure her version "switched gears" from Hill's version. "[We] made it sound more like me," she said. "And changed up the look and the feel so it wasn't, you know, the same song with a different blondie up there singing it."

The title song of the show is actually based on a tune by 80s rocker Joan Jett. It should come as no surprise that Underwood was asked to render a new version of the song. She has displayed an affinity to hard rock in the past even covering songs by Guns 'n' Roses and Mötley Crüe, both of whom appear as far away from country music as they do a church.

Related Topics:Carrie Underwood
Up Next