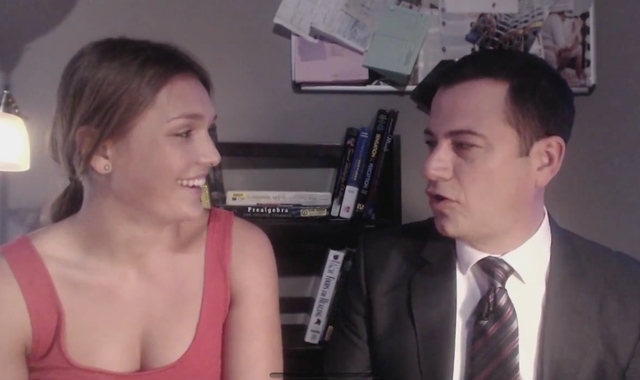 The "Worst Twerk Fail EVER - Girl Catches On Fire!" video has recently surfaced as a hoax.

The video was apparently filmed as an addition to the Jimmy Kimmel Live Show. Having been viewed more than 9 million times in less than a week, the video portrays a girl performing a dance when she falls onto a table and catches on fire. In the extended version, Kimmel himself walks through the door and extinguishes the fire.

Here at eCandanNow, we even did a story on the Twerking Fail.

The announcement claiming that the video was fake came out Monday. According to USA Today, Kimmel and his team had shot the video two months ago.

The woman in the video, Daphne Avalon, is actually a stunt woman. "Avalon was unable to tell anyone the truth about the video, having been sworn to secrecy..." the Huffington Post reported.

"Hopefully, Kimmel went on to tell the Post, this will "end twerking forever."

Take it for what it's worth, but this is not the first time a video of this nature has fooled the nation. In 2012, with over 8 million views on YouTube, the video titled, "Pig rescues baby goat," took on a motive of its own. The video was later revealed to have been shot for the Comedy Central show, "Nathan For You"