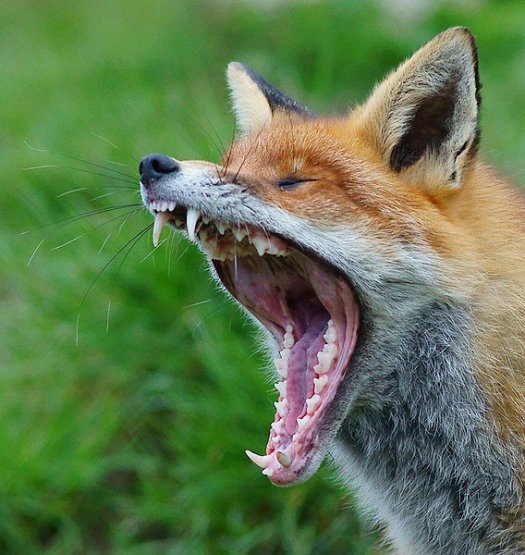 When the Norwegian, variety show duo Ylvis released their song called "The Fox" on the unsuspecting world it promptly went viral like most weird things. The tune is catchy and the music video is nothing short of confounding. It has everyone wondering what sound a fox really makes. Foxes certainly do not go "Gering-ding-ding-ding-dingeringeding" or "Wa-pa-pa-pa-pa-pa-pow" as the song suggests.

There are several species of fox around the world from the arctic fox and red fox found in Norway to the diminutive kit fox and the gray fox found in America. Foxes have a range of vocal sounds just like dogs and other canines do, but their vocalizations are not quite as varied. They bark, whine, yelp and howl, but they usually sound more like birds than dogs.

Red foxes are the most common species of fox in the world and they happen to be highly vocal as well. It is likely that most people have heard a red fox without realizing what it was. The most common sound they make is an owl-like "ow-wow-wow-wow" sound, which is admittedly close to some of Ylvis' suggestions - almost. They also make a "ack-ack-ack-ackawoooo-ack-ack-ack" chattering as well as a strange, nearly human yelling noise.

Check out the video below of a screaming fox.