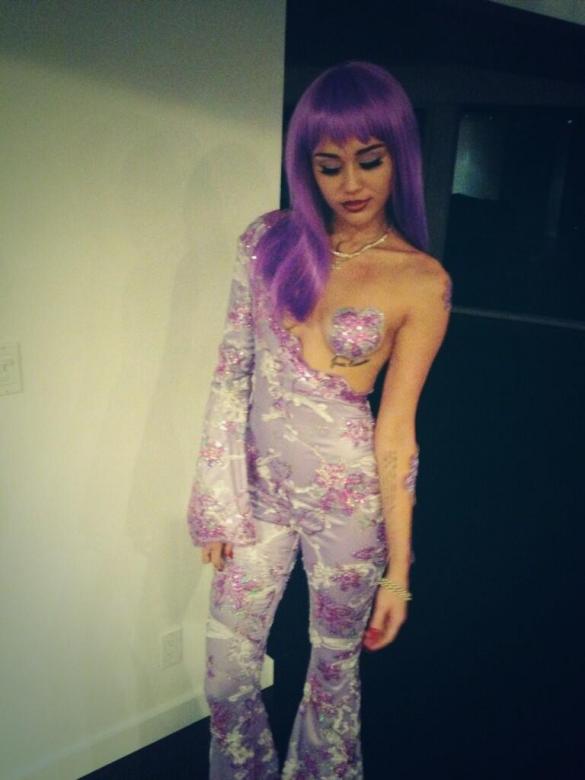 According to some of Miley Cyrus' close friends, the twerking pop singer recently penned quite the heartfelt letter to her ex-boyfriend, Liam Hemsworth. The two broke up following Miley's controversial VMA performance with Robin Thicke a few months back. Since then Miley appeared to be enjoying the single life. She was supposedly canoodling with several notable men including Benji Madden from Good Charlotte on Halloween. Liam has also been linked to a number of women such as Eiza Gonzalez.

The sources spoke to UK paper The Sun about Miley's feelings and the letter she penned. Miley apparently considered writing a song or to for Liam - Taylor Swift style, only Miley's song would have been an apology, rather than pointing out all of his flaws and everything he ever did wrong. She instead decided to write a letter so it would be more personal.

In the letter Miley admitted to having "pushed him away and said sorry for acting so mad." She also still loves him deeply and asked him if he would be willing to meet up to talk. Their break up was fairly messy and they always had a volatile relationship. If the sources are true then she at least wants closure or maybe even a chance to try again.

Related Topics:Miley Cyrus
Up Next