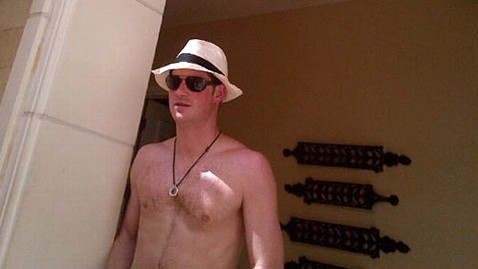 UK Public Broadcasting station Channel 4 may have gone too far in its edgy jokes when it insinuated that the prince was given a hand job by a shop assistant.

The Hollywood Reporter Describes the skit:

In the offending episode of Fresh Meat broadcast Monday night on Channel 4, a character named JP, played by the comedian Jack Whitehall, told another character: “I’ll take you to a place on the King’s Road where Prince Harry got a hand job off an assistant manager at Abercrombie & Fitch.”

Prince Harry is fourth in line to the succession of the thrown. For however humorous the joke may have appeared, it came days after another royal slur was made on the network's show "Fresh Meat" which features student comedians. That show insinuated the prince gets cocaine from an office flunky from Abercrombie & Fitch.

The network is defending the jokes as being "tongue in cheek", a colloquial term meaning the comments are not to be taken serious or should be viewed humorously.

The station told the Telegraph UK, "Fresh Meat has established itself as a very irreverent comedy drama." The publicly-owned network added that it was a "clearly tongue in cheek line" within the context of the show.

However, one member of parliament, MP Andrew Rosindell, came out strongly against the network stating that the jokes were not only "inappropriate", but that the Royal family should be viewed as being above such burlesque quips. MP Rosindell went on the say that politicians are fair game for such parodies because they can respond back. He went on state that the Royal family is socially not in a position respond back which puts them at an unfair advantage.

Penny Junor, the Royal biographer, was more pointed in her remarks calling the jokes horrible and salacious.

Kensington Palace has yet to comment on the controversy.

The joke comes just a week after the BBC refused to apologize to Kensington Palace for Have I Got News For You guest host Jo Brand's joke suggesting that Prince Harry snorts cocaine.

What are your thoughts? Did the joke go too far?