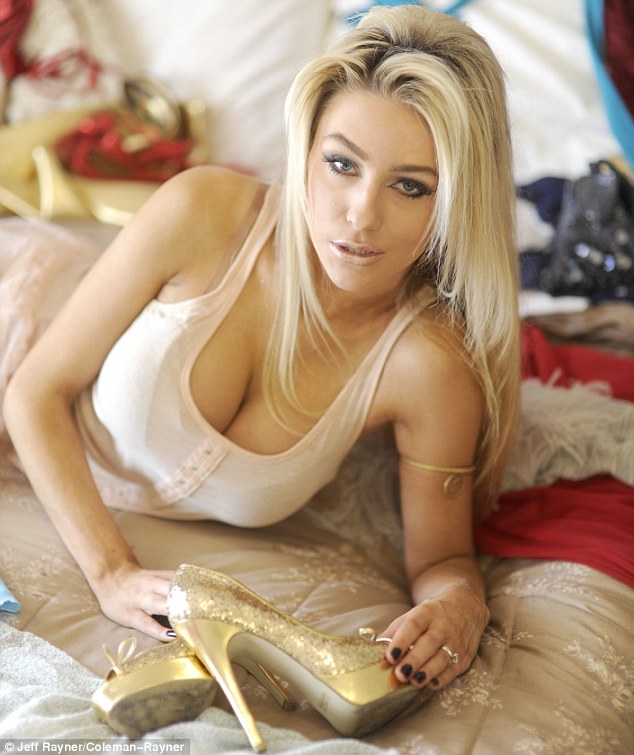 Aspiring singer and reality t.v. star Courtney Stodden has not been silent since her breakup with husband Doug Hutchison.

Her former husband, of Lost fame, is a shocking 51 years older than the nineteen year old Courtney who cited age issues as the reason for their split. The couple had spent every day together until she left for her appearance on Britain's version of Big Brother. According to Courtney, even though she missed Doug when she was away, she also realized that she had missed out on being a teenager.

The unconventional marriage caused friction with both friends and family, giving credibility to the couple's claims that the breakup was not a publicity stunt. Courtney Stodden simply wants to be a teenager. In an interview with E magazine, Courtney talked about how instead of getting a drivers license at sixteen, she got a marriage license. Now it is time for her.

Other than concentrating now on enjoying her freedom and what is left of her teenage years, Courtney also plans to continue to work. In a statement released by the couple, the decision to split was mutual and amicable. They have even agreed to share joint custody of the Italian Greyhound Dourtney.

Courtney tells ABC News she is just enjoying being single and being a teen.

“I feel like a little girl again, just being able to start over,” she said.

Courtney Stodden on Breakup: ‘I Couldn’t Neglect My Desires’
http://www.abcnews.go.com/blogs/entertainment/2013/11/courtney-stodden-on-breakup-i-couldnt-neglect-my-desires/