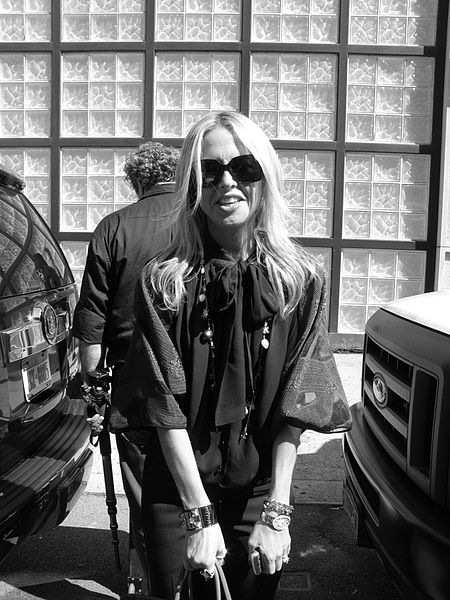 Rachel Zoe Already Nine Months Pregnant (photo courtesy Christopher Macsurak)
[/caption]Rachel Zoe has been hush hush about her pregnancy, but she may have revealed some major deets!

According to the Daily Mail, the stylist/editor/designer had her baby shower over this past weekend, and one of the guests posted a photo with balloons that read "B-O-Y"

Skyler is going to maybe have another brother!!!

While the picture of the balloons has since been deleted, Nicole Richie (who was at the party) posted shows blue napkins in the background, which you can see (below).

Even more surprising is that Zoe revealed how far along she is at the Baby2Baby Gala in Culver City on Saturday:

"It's wonderful. It's great. I mean, I'm literally 9 months pregnant so this I think will probably be one of my last outings. I'm going into hibernation! I'm tired. It's really hard to get really dressed up, but it's like you do it when it's important and tonight is really important."

She's 9 months? That means Skyler is going to have a brother any day now! So, how does he feel about that? His mom said:

Once the two brothers meet each other we’re sure they’re going to be best frenss!!
But nine months, can you even believe it?! The big day is almost here!!!

Are you shocked that Rachel Zoe is already 9 months along?

Related Topics:Rachel Zoe
Up Next