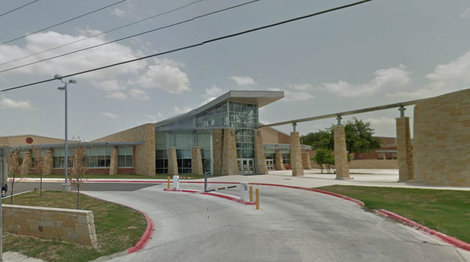 A 15-year-old boy has died after getting into a fistfight at a high school in New Braunfels, Texas. The local newspaper, New Braunfels Herald-Zeitung, reports the boy died on Thursday after the altercation at Canyon High School on Tuesday.

School officials said the fight happened inside the school at about 9:30 a.m. Tuesday. According to police reports emergency workers found the boy unconscious and bleeding from facial wounds.

The student was airlifted to a hospital in nearby San Antonio where he later died. He has been identified as Logan Davidson of New Braunfels.

There were apparently only two people involved in the fight. The other student was detained and charged with aggravated assault. The student was taken to Guadalupe County Juvenile Detention Center and is still being held, reports the Examiner.

Police said it would be up to the district attorney to determine if further charges will be filed.

Both students were sophomores at the high school. School officials said no weapons were used in the altercation that happened in a hallway.

According to a local television station, police Capt. John McDonald said "This was an assault. The victim walked out of the classroom where the offender was waiting for him and assaulted him."

"It is with deep sadness that we announce the passing of one of our Canyon High School students involved in Tuesday's altercation. Our thoughts and prayers go to the families of both students involved and we will all work to protect their privacy during this difficult time. Campus and district counselors will be available throughout the week at CHS to assist students and staff process this shocking and tragic event."

The sad news that of the New Braunfels student death after a fist fight comes only days after 3 people were shot at a school in Pittsburgh.