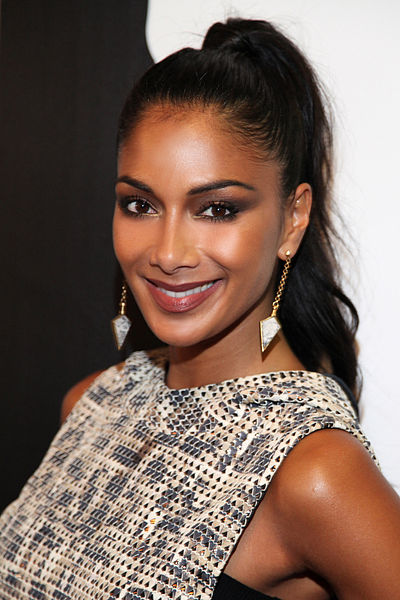 Nicole Sherzinger Kills It In Catsuit © Glenn Francis, www.PacificProDigital.com[/caption]No, she's not auditioning for the role of Catwoman in any upcoming Batman film, but former Pussycat Doll Nicole Sherzinger stepped out for a night on the town wearing what's known as a catsuit. The dress derives its name from its slinky material, skin tight fit, and ability to easily display as much of the human body as it covers. It is definitely not a suit for the muffin-top or thunder-thigh crowd.

The 35-year-old singer's gown included a fishnet side panel and follows on the heels of other very slender low body fat entertainers such as Gwyneth Paltrow and Jamie Alexander who also have worn such outfits. Sherzinger has never been satisfied with the level of success she's achieved despite the fact that the Pussycat Dolls are one of the best-selling girl groups in music history. She is very hard on herself which at times borders self-criticism. One former Pussycat Dolls band member said Sherzinger was always jealous of the blond hair blue eyed girls and saw herself as less than the others due to her darker complexion.

Sherzinger can at times come across as entitled when she complains that her lack super-stardom is due to an absence of "sluttiness". The Pussycat Dolls were known for lurid outfits and highly suggestive dance moves.

What do you think of the Nicole Scherzinger Catsuit?

Check out some other celebs who have rocked the catsuit.