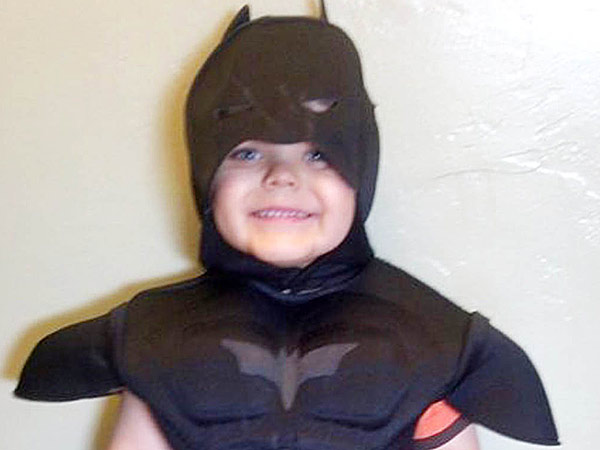 Miles is struggling against leukemia at the tender age of five, but on the morrow he will have bigger fish to fry. On Friday, November 15, Miles will became Batkid and his native San Francisco will become Gotham City on behalf of the Make-a-Wish Foundation.

It won't be all fun and games for the lad. He'll soon learn that crime fighting is busy work. Evil villains will fasten a fair maiden to the to cable car tracks atop Gotham's famous Nob Hill and it will be Batkid who'll be expected to perform the chivalrous task of rescuing her. The puzzler will be attempting to purloin loot at a nearby bank, but Batkid will put an end to that shenanigan.

All that hard work will give Batkid quite the appetite and Gotham's Burger Bar will be just the place for Batkid to "protein up". However, he'll need to focus on eating his chow quickly because the unexpected call will be made by the police chief informing him that Lou Seal, trusted mascot of the Gotham City Giants, has been abducted by none other than Mr. Penguin. Batkid's trusted sidekick will take the hero on a high speed chase until finally recovering Lou Seal and returning to City Hall where the mayor of Gotham will present him a key to the city.

Here are ways you can participate:

1) You are invited to catch the action in one of these locations and cheer on Batkid as he fights crime and battles villains:

2) You are welcome to capture it on film, video, and in print. We are happy to provide you with additional information about Miles, his wish, our organization, and the sequence of events.