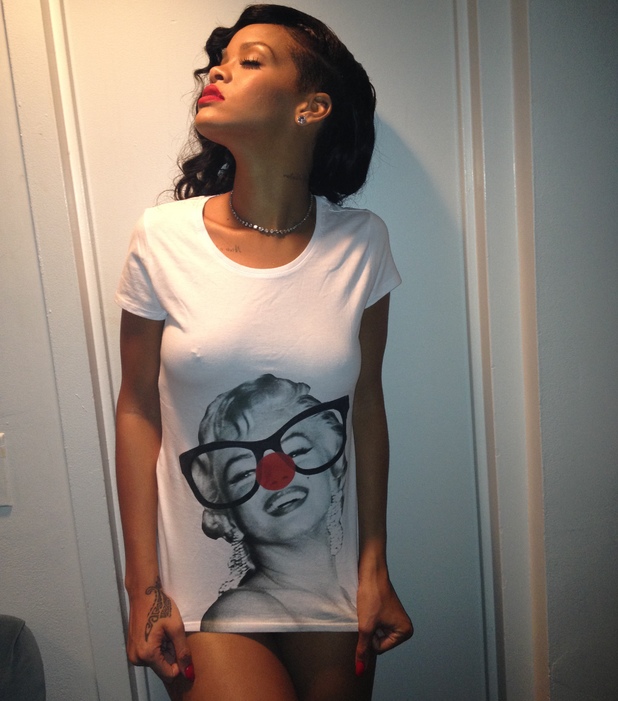 This is not the first time either has spent copious amounts of money “making it rain” for exotic dancers.

In March of this year Drake is reported to have spent $50,000 at an establishment in Charlotte NC, and in April Rihanna is reported to have dropped $8,000 on a single stripper. True to the lyrics in her own song Pour It Up, Rihanna posted a picture of herself standing amidst a floor covered in cash at V Live with the caption reading “Throw it up, throw it up.... Watch it all fall out”.

One of the strippers she took a shine to, named Jhonni Blaze, tweeted “I got to dance for @rihanna (sic)” early in the morning as the establishment was closing. It is no doubt that this recent escapade will only further speculation about Drake and Rihanna's relationship.

The two visited V Live to party after attending one anothers live concerts. Earlier in the week the two got together several times to have dinner together, apparently taking turns paying for one anothers meals.

Twitter user marcus martinez tweeted a phto of Rihanna enjoying Drake's show on Wednesday night in the V.I.P. section, saying, "Me, @KirkoBangz and my baby @Rihanna turnt up at @Drake 's concert last night lol." Later that evening, Rihanna went to V Live Gentlemen's Club, and Drake reportedly arrived thirty minutes later. A dancer at the club, Jhonni Blaze, says she danced for the two for over three hours.

As Drake and Rihanna continue to tour one wonders how much more money they'll blow on the exotic dancing industry.

Drake will next be in Canada, when he hits Rogers Arena in Vancouver on November 28th.

Is Celine Dion’s Marriage In Trouble?