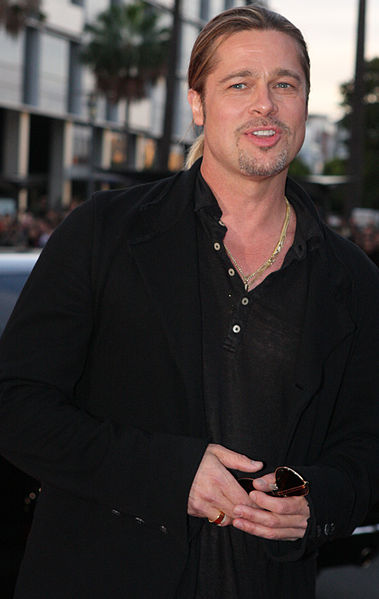 Actor Brad Pitt surprised fans in September when he had his long blond hair chopped off in favor of a shorter, sexier style. The sporty hair was first spotted on the set of Pitt's movie Fury, which was filming in the English countryside at the time. The new look is very short at the sides and back, featuring fuller hair on the top of the head. Pitt also had a small goatee.

The look was a sudden change for fans who had become accustomed to his rock-star length hair. A pony-tailed Pitt had made an appearance at the Toronto Film Festival earlier in September. While Pitt says he had to cut his hair for the film role, fans speculate he may be trying out a new, more mature look.

Pitt's short hair was slicked back and elegant when he was spotted with partner Angelina Jolie at the Governor's Awards in New York on Sunday evening. Son Maddox also attended and sported a haircut similar to his father's style. Jolie was given the Jean Hersholt Humanitarian Award at the ceremony.

Pitt and Jolie are rumored to be engaged, but there has been no public announcement of a wedding date.