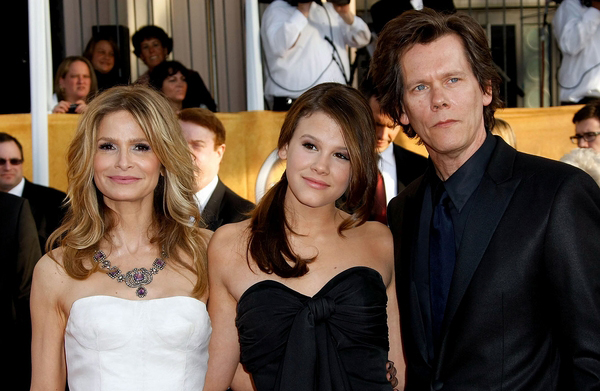 The new Miss Golden Globe is a daughter of Hollywood royals. The title was awarded to Sosie Bacon, the twenty-one year old daughter of Kyra Sedgwick and Kevin Bacon. Sosie appears to be following in her mom's giant footsteps since Kyra was once a Golden Globe title holder.

Sosie told reporters that she had attended a Golden Globes show when she was 16. At this time she was accompanying Kyra. January 12 will be Sosie's big moment in the spotlight as she steps on stage to assume her duties at the 2014 Golden Globe Awards. She will be helping with the presentations.

The Miss (or Mr.) Golden Globe title was established half a century ago. At this time the HFPA (Hollywood Foreign Press Association) organization came up with the idea that they should include sons and daughters of respected Hollywood actors/actresses in the awards show. The honorary title would recognize the stars of the Hollywood community and provide the children with a chance to shine at one of acting's A-list events.

The Bacon children have enjoyed a rather low-key lifestyle over the past years. It has been unusual to read many stories and interviews that included news about Sosie and her siblings. The January Golden Globes show will certainly produce numerous headlines that now feature a delightful and appreciative Bacon daughter.

Miley Cyrus Burgled On Her Birthday