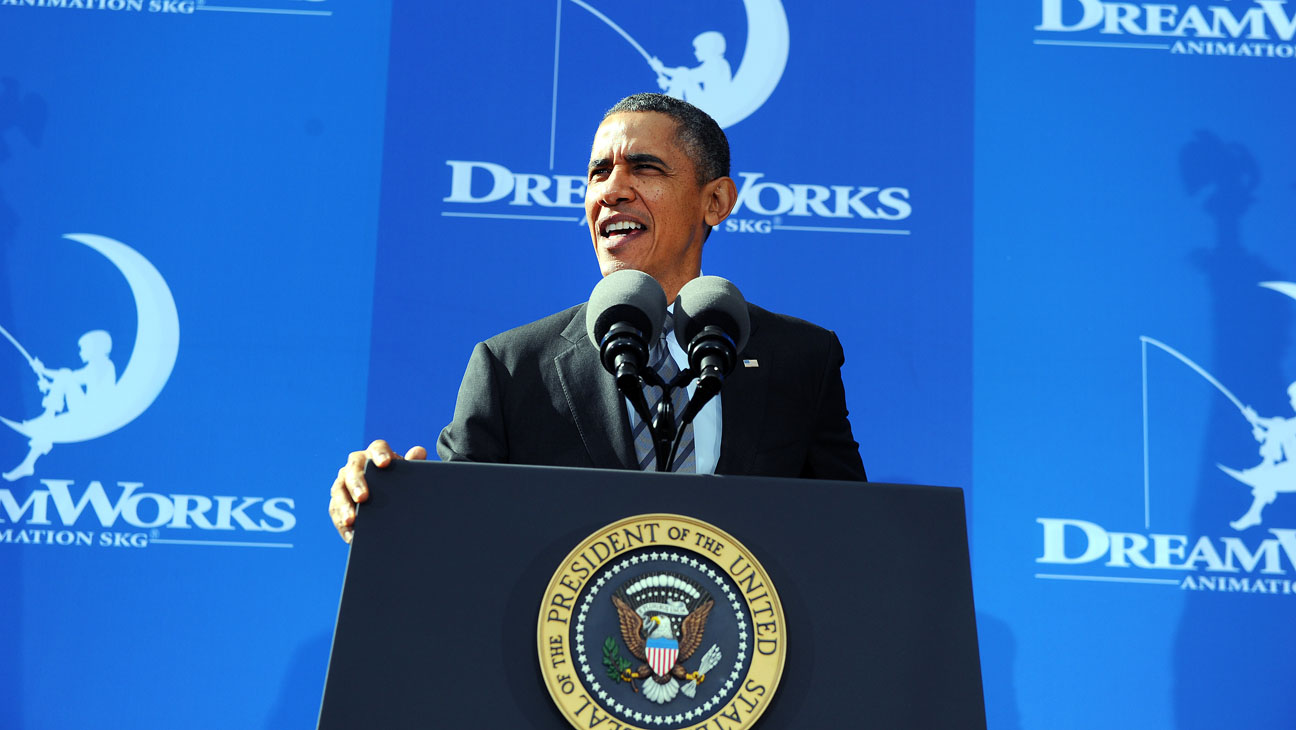 Glendale, CA - It was only a little more than a year ago that President Obama was touting his signature health care legislation to voters as a reason for reelecting him. What wasn't there to like about it? You got to keep your existing plan (employer or private) if you liked it and that included your choice of doctors and hospitals. Little did he think that a year later he'd have to go to Hollywood to deflect voter dissatisfaction with the law.

However, as those promises have proven to be vapid, the president has watched his approval numbers sink into the upper-30s, which does not bode well for his party in the 2014 mid-term elections. So the president has taken to the campaign trail to tout Hollywood as a bright spot. He recently visited Dreamworks Studios where he addressed a crowd of 1,800 people made up mostly of employees, that their work sets America above other nations.

The president cited that entertainment movies and videos are a big export that the country sells to the world. He also touted his health care reform by citing that California, which does not use his bug-ridden health care exchange, has signed up 350,000 people since the law took effect on October 1.

On The Web:
Obama Message at DreamWorks: Hooray for Hollywood
http://www.nytimes.com/2013/11/27/us/politics/obama-message-at-dreamworks-hooray-for-hollywood.html?_r=0