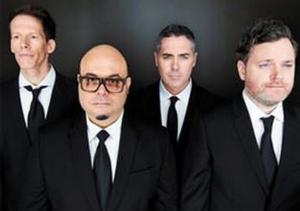 The Canadian rock group Barenaked Ladies has canceled the February 15 concert at SeaWorld Orlando's "Bands, Brew & BBQ" concert event following the band's viewing of a documentary which cast a negative light on the animal theme park. The film was produced by CNN and is called 'Blackfish' which covered the 2010 death of one of the park's trainers by the orca Tilikum.

As per the documentary, animal theme parks like these are exploitative of animals and sea mammals purely for profit. The band, which in the business of making music for a profit, has decided that SeaWorld is not a venue they want to support. The decision does appear to be biased given that SeaWorld offered them the opportunity to visit the site and learn about the operations of the facility first hand.

"This is a complicated issue, and we don't claim to understand all of it, but we don't feel comfortable proceeding with the gig at this time," the band said on a Facebook post late Wednesday night.

"The Seaworld folks have been gracious, and extended us invitations to the park to learn more about what they do, and how they do it."

A petition had been launched online asking the group to watch the documentary. Over 9,000 people had signed the petition which ultimately led the group to view 'Blackfish'. The group said their decision was not about making money or acquiescing to petitions, but it was about being responsive to their fan base. It should be noted that documentaries are known for being very biased despite their aura of being "objective".

On The Web:
Barenaked Ladies' SeaWorld gig is off after viewing 'Blackfish'
http://www.cnn.com/2013/11/27/showbiz/bare-naked-ladies-seaworld-blackfish/index.html