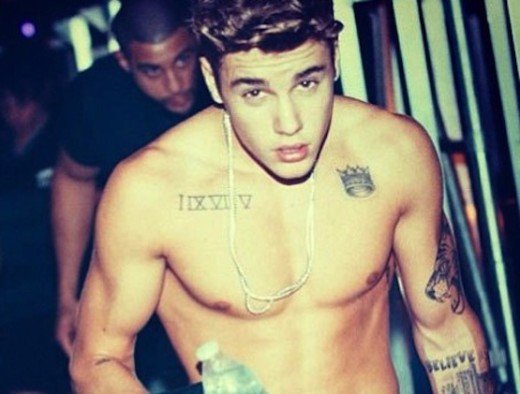 Justin Bieber sparked yet another controversy with his penchant for spray painting graffiti. The incident occurred at the QT Hotel alongside the venue's wall. Tom Tate, the mayor of City of Gold Coast, was upset and expressed the outrage many adults feel about anyone glorifying delinquent behavior. Mayor Tate said that the penalty for spray painting is 80 to 100 hours of community service. He had demanded that the singer return to clean up the mess.

However, Bieber didn't act impulsively in this latest incident. He sought for and received permission from the hotel's owners to deface their property albeit they do not view the incident as defacement. Rather, they saw it as the entertainer leaving them artwork that will enhance the value their hotel offers patrons. The hotel refuses to remove the graffiti citing private property rights; the wall isn't even accessible via public roads. The city counters that the artwork is publicly visible and that entitles them to demand it be removed.

For his part, Mayor Tate has now offered Bieber a more graceful way out the mess: sing at the Mayor's Christmas Carol for one hour. Mayor Tate is willing to quash the whole incident if Bieber uses his musical talents to give back to the local community. There's been no word yet on whether the singer will take up the Mayor's offer.

On The Web:
Australian mayor to Justin Bieber over star's graffiti: 'Clean up your mess'
http://worldnews.nbcnews.com/_news/2013/11/28/21654149-australian-mayor-to-justin-bieber-over-stars-graffiti-clean-up-your-mess?lite