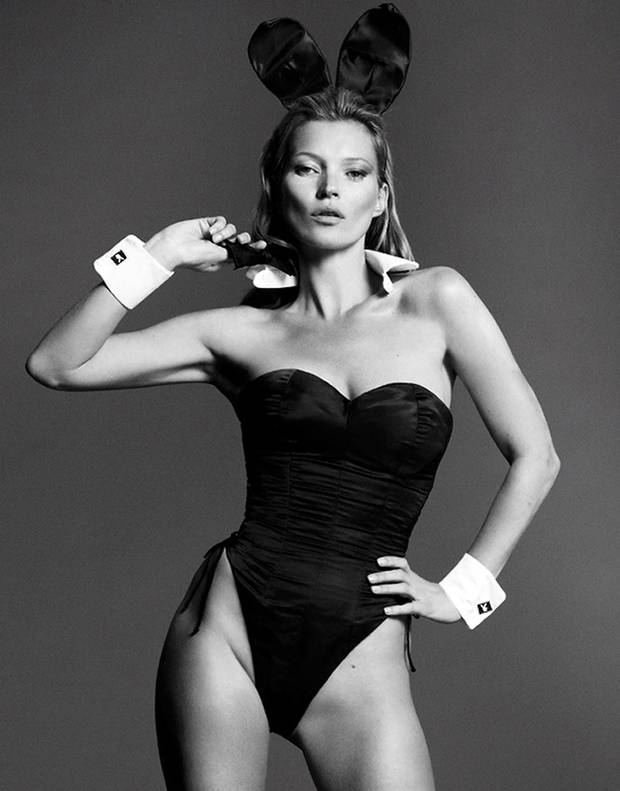 Regardless of whether a person esteems pornography as "objectivizing" men and women alike or as casual reflections of sexual recreation, one thing is certain and that is a lot has changed in the pornography industry over the past six decades. For starters, when Playboy Magazine first launched in 1953, the industry was overwhelmingly viewed with a negative social stigma. The magazine would become mainstream over the years and launch the acting and modeling careers of women.

So it should come as no surprise that when the magazine celebrated its 60th birthday this past Monday in London, the guest list read like a who's who in the entertainment industry. Here is a list of the guests who in a bygone era would have drawn a public rebuke of "Does your mother know?" for their appearance in such a gala:

Model Kate Moss and fashion designer Marc Jacobs were the organizers of the celebration.

According to the editorial director of the Magazine, which also launched a network of Playboy Clubs as well as gambling casinos over the past six decades, all of which have since been shuttered, the selection of supermodel Moss provides the magazine with a "global icon" worthy of launching its next six decades. Moss is well known as the face of the Burberry brand and many consider her to be the world's most recognized supermodel.

“This is a massive global brand,” Jimmy Jellinek, Playboy’s editorial director said of the magazine. “You need a global icon in order to celebrate that — that was the impetus. You’re talking about the face of Burberry, the biggest supermodel in the world on the cover of Playboy. She’s the perfect partner for us to help launch the next 60 years.”

The spread will be shot by fashion favorites Marcus Pigott and Mert Atlas and will be the photo tandem’s first assignment for the recently rebooted and newly upscale Playboy.

“This creates a heat for the brand globally,” Jellinek said. “It started with Marilyn Monroe on the cover of Playboy 60 years ago, an icon for her time. Now we’ve got Kate Moss!”. Over 60 years, the magazine has provided a reliable cover showcase for nude supermodels with such fashion luminaries as Cindy Crawford, Elle MacPherson, Naomi Campbell, Claudia Schiffer, Stephanie Seymour and Eva Herzigova.

Playboy founder Hugh Hefner adds, "She's a worldwide celebrity and iconic and crosses the boundaries from sexual imagery to upscale modeling. ... It's a natural for us."

The rumours of her cover began circulating in June when her hairstylist was thought to have accidentally mentioned working with the British star on the photoshoot.

Darth Vader Selfie: The Dark Side Never Looked So Good