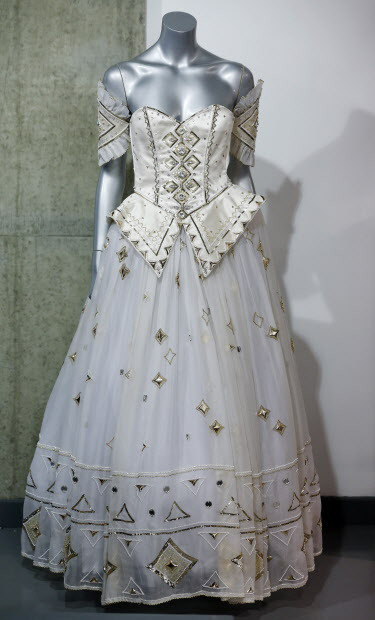 London, England - A fairytale-like dress worn on separate occasions by the late Princess Diana was sold at auction recently for $140,000. During her lifetime, fashion designers longed to create an outfit which could be worn by the beloved princess. The dress in question was the creation of designer couple David and Elizabeth Emanuel who created the apparel as part of their Diaghilev collection back in 1987. It included a matching tiara, petticoat, and optional sleeve panels.

As per the Emanuels, Lady Di was said to be very fond of their fashion designs and selected them to create her wedding gown. As for this outfit, Lady Di was so fond of it that she wore it on several occasions including the London premier of the 15th James Bond film titled "The Living Daylights" starring Timothy Dalton. She also wore the gown to the Bolshoi Ballet.

The relationship between Princess Diana and the Emanuels grew over time and they felt it their mission to design clothing that the princess would be proud to wear. As for the dress, it is not in perfect condition given that it bears a few holes. However, it is obviously worth its value and is expected to be adequately preserved.