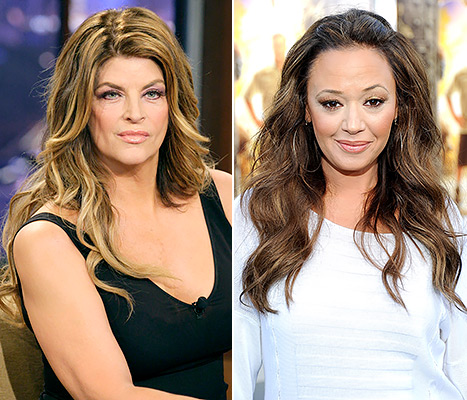 Remini had stated on the Ellen show that, “Over time, my eyes got opened and I could just no longer be affiliated with the organization, and my family felt the same, so we left.” She plans to write a memoir about her experience as a Scientologist.

Kirstie is anything but fond of the idea. She has blocked Leah on Twitter and when asked by Howard Stern about the situation had plenty to say. Kristie is adamant that, “When you're generalizing and when your goal is to malign and to say things about an entire group…when you decide to blanket statement that Scientology is evil, you are my enemy.”

TMZ later caught Leah’s reaction to the Kirstie Alley bashing. She stated that only wishes the best for people. It does not appear the two former friends will bury the hatchet anytime soon. But with the free publicity for Kirstie’s new show and Leah’s new memoir, perhaps the feud isn’t such a bad thing after all.

Check out the full interview below: