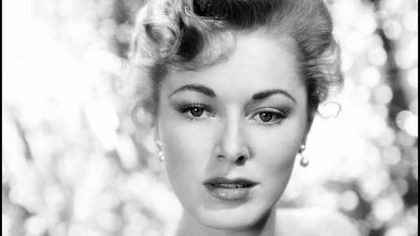 Sound of Music Star Dies at 91

Oscar winning actress and the star of "Sound of Music", Eleanor Parker, died Monday morning from complications with pneumonia. She was 91.

"She passed away peacefully, surrounded by her children at a medical facility near her home in Palm Springs," family friend Richard Gale said in a statement on Monday.

Parker, who played the baroness that lost Christopher Plummer to Julie Andrews in the recently revived film, was raised in Ohio before moving to Pasadena, where she was later discovered at the Pasadena Playhouse. Upon signing with Warner Bros, Parker played in small parts until her role as Mildred Rogers in the 1946 remake "Of Human Bondage". She then went on to earn three Oscar nominations for Best Actress in a Leading Role for her work in"Caged"(1950), "Detective Story"(1951), and "Interrupted Melody"(1955).

Parker is remembered for her roles alongside Frank Sinatra in the "Man With a Golden Arm" and "A Hole In the Head", as well as her more recent work on television in "Fantasy Island", "Murder She Wrote", "The Love Boat", and "Bracken's World".

Parker was the mother to four children; Susan, Sharon and Richard from her second marriage to producer Bert Friedlob, and actor Paul Clemens from her third marriage to painter Paul Clemens. Parker's fourth husband of 35 years, Raymond Hirsch, died in 2001.

"Eleanor Parker was and is one of the most beautiful ladies I have ever known," stated Plummer. "Both as a person and as a beauty. I hardly believe the sad news for I was sure she was enchanted and would live forever."