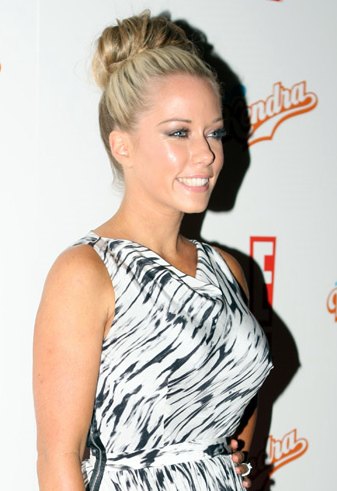 kendra wilkinson girl(photo courtesy Eva Rinaldi)[/caption]Kendra Wilkinson's rep has confirmed that she'll be having a baby girl, reports US Weekly.

The 28-year-old reality star broke the news in October that she was expecting her second child with husband Hank Baskett, 31.

The couple, married since 2009, are already parents to son Hank Baskett IV, who celebrates his 4th birthday on Dec. 11.

The Kendra on Top star told Us last month that little Hank can't wait to be a big brother. "He's beyond excited. He's beyond," she shared. "I mean, it's because of him we're having another one. It's perfect timing for everyone."

The former Playboy model also said she's been working hard to stay in shape throughout her second pregnancy.

"I got it by the balls! I have full control now. First time around I'm like, 'I'm a skinny person, I'm going to get back right away.' Oh no. I learned a lot from my first one," she explained. "I'm working out everyday; doing anything I can to control this this time around."

She recently said: ''I learned a lot from my first one. I'm working out every day, doing anything I can to control this time around.''

Only a few weeks after giving birth to her son in 2009, Wilsonson was already getting back in shape.

“The doctor said I can’t exercise until after six weeks [due to a C-section], but getting up and down in the middle of the night — feeding him, changing him and soothing him when he’s been crying — is my ab workout already,” she told OK Magazine at the time. “I’ll have so much fun watching my body get back into shape. I was just laughing so hard that I was crying — because of how fat I was!”

Kendra is known for her amazing body, she was constantly working out while starring on The Girls Next Door. “I have to be in shape. It’s my way of life, what makes me happy,” she said.