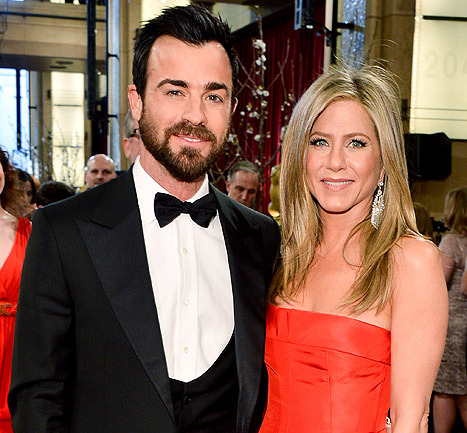 The Bel Air estate of actress Jennifer Aniston and fiancé Justin Theroux was the scene for the couple's third annual tree trimming party, one of the highlights of the holiday social scene in the Los Angeles area. The couple reportedly picked out a 10-foot tall Noble fir during a personal visit to a noted Beverly Hills tree vendor, their third year of doing so together. Party festivities slated for Sunday, December 8, began promptly at dinnertime when a handful of famous faces began arriving and handing car keys over to the valet service.

Among this year's attendees were Courtney Cox, Aniston's co-star on the comedy series "Friends", Gwyneth Paltrow, who once dated Aniston's ex, Brad Pitt, and a host of other celebrities, including Chelsea Handler, Will Arnett, Robert Downey, Jr. and Jason Bateman. Because the couple scheduled the party to be held outdoors, most of the more than four dozen guests made sure that they were elegantly outfitted in warm jackets, hats and scarves in order to feel comfortable during the chilly evening's events. One of the highlights of the party was enjoying an unobstructed 360-degree view of the city below, standing close to one of the roaring fire pits.