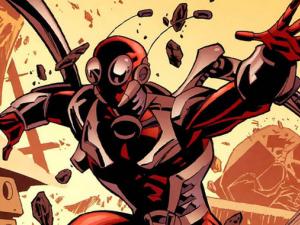 Paul Rudd Goes From The Newsroom To The Ant Hill: Paul Rudd Cast As Ant Man[/caption]Actor Paul Rudd to Star as Ant-Man

Marvel Studios has announced that actor Paul Rudd will star as feature character in the upcoming film "Ant-Man". English film director Edgar Wright made the decision to cast Paul Rudd in the lead role which has the support of Marvel Studios. One of the studio's producers by the name of Kevin Feige reported a sense of relief upon hearing that Rudd was cast as Ant-Man.

In a statement, Feige, speaking on behalf of all the studio executives, said Marvel is pleased with the decision to cast Rudd and look forward to seeing how the 44-year-old actor brings the character to life.

“When Edgar Wright came to us with the idea of Paul Rudd, we felt a huge sense of relief because the first step in creating any Marvel Studios film is finding the right star," Feige said in a statement announcing the move. "We knew early on that we had found the right person in Paul. When he not only agreed to do it but became as enthusiastic as any actor we'd ever met with about doing the work, we knew we’d found the right guy. We couldn't be more excited for our audiences to see what he’s going to do to bring Ant-Man to life."

In getting the role, Rudd beat out Jason Gordon-Leavitt. However, some reports are that Gordon-Leavitt turned down the role in favor of starring in the film "Sandman". For his part, Rudd has shown a lot of versatility as an actor. While he has often starred in Romantic-Comedy roles such as "Clueless", "This is 40", and "The Legend of Ron Burgundy", he also displayed more depth as in the film "Our Idiot Brother".

The film is scheduled for released on July 31, 2015. Paul Rudd has not made an official statement about being cast in the role as of yet.