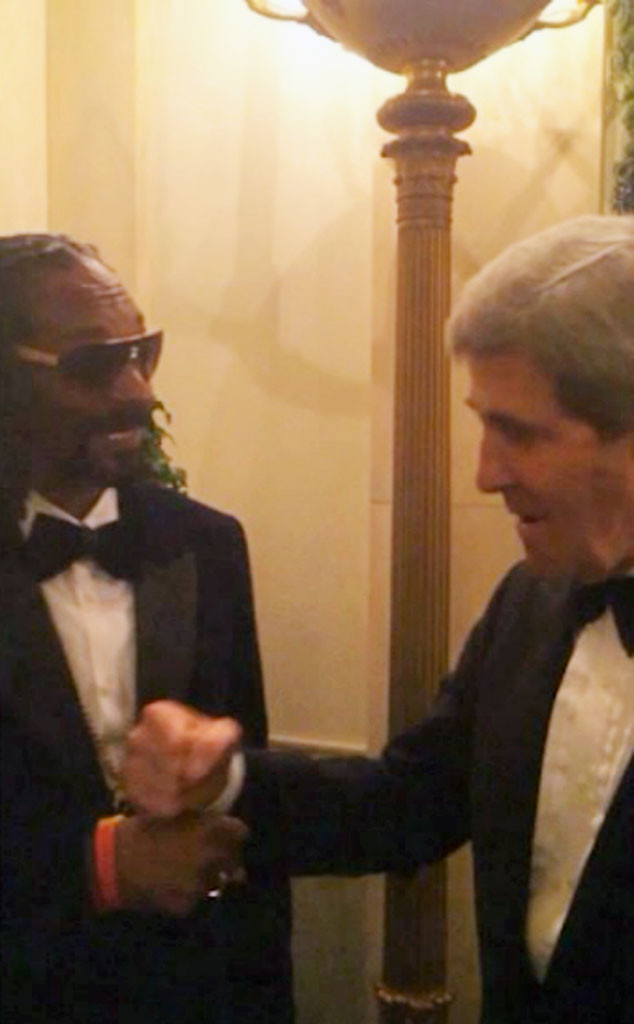 Holiday parties at the Obama White House certainly aren't filled with boring political types, as evidenced by a recent meeting between Secretary of State John Kerry and rapper Snoop Dog. Both gentlemen were handsomely outfitted in tuxedos for the occasion and eagerly bumped fists as a way of greeting one another. Snoop was so excited to meet one of the President's chief officers that he proudly posted photographic evidence of the chance encounter on Instagram. There is no word about what topics the two chatted about in an animated conversation that included plenty of smiles and laughter.

Snoop Dog, who now goes by the moniker Snoop Lion, shared the meeting with his fans via his Twitter account, saying he considered he was enjoying a "boss life" now that he and the Secretary of State had become acquainted with each other thanks to the White House social calendar. Kerry happily retweeted Snoop Lion's positive comments to his own Twitter followers, along with the cryptic comment that between the two men "we've sold 30 million" but no one knows exactly what that 30 million figure Kerry mentions is referring to. Kerry was accompanied to the bash by his wife Teresa Heinz Kerry.