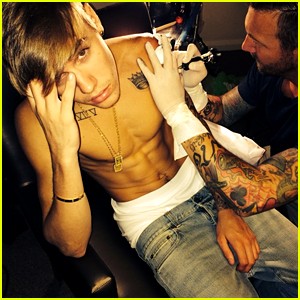 The 911 call made by members of singer Justin Bieber's security force have been made public, indicating that an unidentified female guest at one of his parties needed medical attention. The call indicates that one of Bieber's security officers asks the 911 dispatcher for some urgent help after he has found a young woman who has been hyperventilating. Just seconds into the call, the security officer informs the 911 operator that the woman in question is now having some sort of physical seizure. After the operator asks the guard to describe more symptoms in detail, he changes his mind and says that she probably simply passed out.

The operator insists that an ambulance with paramedics be dispatched to the party location, but receives a second 911 call shortly thereafter from the Bieber party location requesting that the ambulance call be cancelled because the ill woman has already been transported to a nearby hospital for further treatment. Further investigation of the incident revealed that there were no admittances of a young female to any local emergency rooms around the time that the 911 call was originally placed. There has been no further comment from either Bieber or his security team.

Related Topics:Justin Bieber
Up Next