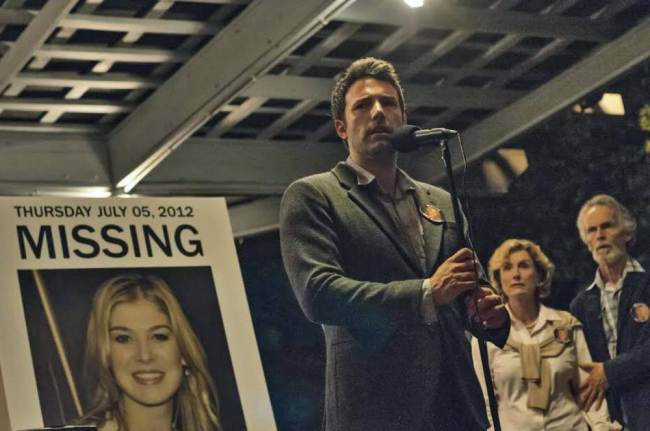 Fans of the big screen adaptation of author Gillian Flynn's best seller "Gone Girl" got a small (emphasis on small) sneak peak in the form of a still from the upcoming movie. The novel "Gone Girl" covers the saga of Nick Dunne following the disappearance of his wife Amy on the day of their fifth anniversary. Dunne becomes the prime suspect due to the marital tensions he and Amy were experiencing and the hefty life insurance policy he had taken out on her behalf.

The main characters in the film adaptation are Ben Affleck as Nick Dunne and Rosamund Pike as Amy Dunne. The still that was published online features Rosamund Pike under the heading "Thursday, July 05, 2012 MISSING". The book was successful and sold roughly 1.5 million copies in hardcover and e-book formats during its initial 17 weeks of release.

Other stars taking part in the film are Tyler Perry, Neil Patrick Harris, and Missi Pyle. The film is being produced in part by actress Reese Witherspoon and represents her biggest file production to date. She paid $1.5 million for the rights to adapt the film to the big screen.

Most Charitable Star: Taylor Swift Was A Giver In 2013

Taylor Swift Fan Dies Only Days After From Talking To Star