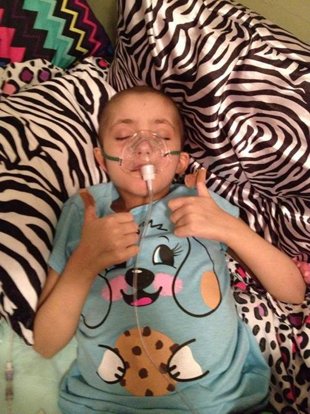 Young Taylor Swift fan Laney Brown got her wish just before Christmas. According to TheBoot.com, Swift called the eight year old after she heard Brown was fighting leukemia and did not have long to live.

A few nights earlier, thousands of carolers had stood outside Laney’s window on a cold winter evening to serenade the brave young girl.

Swift called Brown on Friday, December, 20, her eighth birthday. Swift also used Face Time video technology so the two could actually view each other while talking on the phone.

Laney was very apprehensive about talking to such a famous person. But Taylor quickly made Laney feel comfortable, and they had a nice and engaging conversation. According to the report in The Boot, “Laney really lit up and had a huge smile on her face.”

"Laney was so nervous to talk to her because she is such a 'famous celebrity.' I was actually worried that when Taylor Facetimed her that she would be too scared to talk but Taylor was fabulous!! She really engaged Laney in conversation," reads the Facebook post (which is not attributed, but appears to have been written by one of Brown's parents). "Laney lit up and had a huge smile on her face. I can't thank Taylor enough for taking time out from her family to make Laney's birthday very memorable. We will hold that memory in our hearts forever."

Diagnosed with a rare form of leukemia back in May, according to her TeamLaney Facebook page, Laney would not be able to continue her brave fight long after Swift called.

She passed away on Christmas morning. But her family will treasure the memory of her joy when she talked to Taylor.