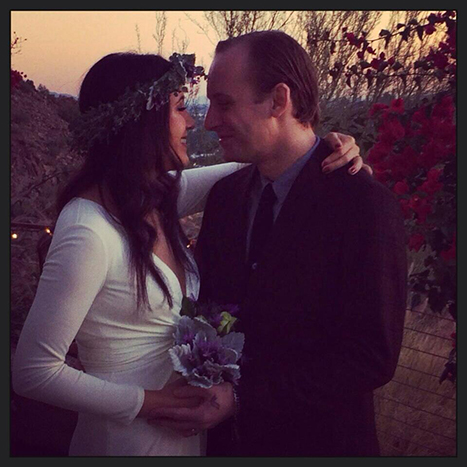 Singer Vanessa Carlton has had a year filled with pain and now shared the joyous news that she married her boyfriend John McCauley this past Friday. McCauley is the lead singer for the rock group "Deer Tick" and Carlton is a solo-singer noted for her song "A Thousand Miles". The two have been a couple for quite some time and earlier this year Carlton announced she was pregnant.

However, it later turned out that the pregnancy was ectopic, meaning that the fertilized egg was not attached to the womb, but rather growing in the fallopian tube. Those pregnancies usually do not last and run a high risk of rupturing and threatening the life of the mother. In her case, she lost the fallopian tube. However, she and her partner have drawn closer and got married. She expressed gratitude for the relationship she now enjoys.

In addition, the ceremony was officiated by none other than rock legend Stevie Nicks. It is reported that the 65-year-old singer from "Fleetwood Mac" wore a matching head piece with the bride. For Carlton, this is her first marriage. She is noted both for her singing and songwriting skills and for her sexuality. She came out as being bisexual back in 2010.