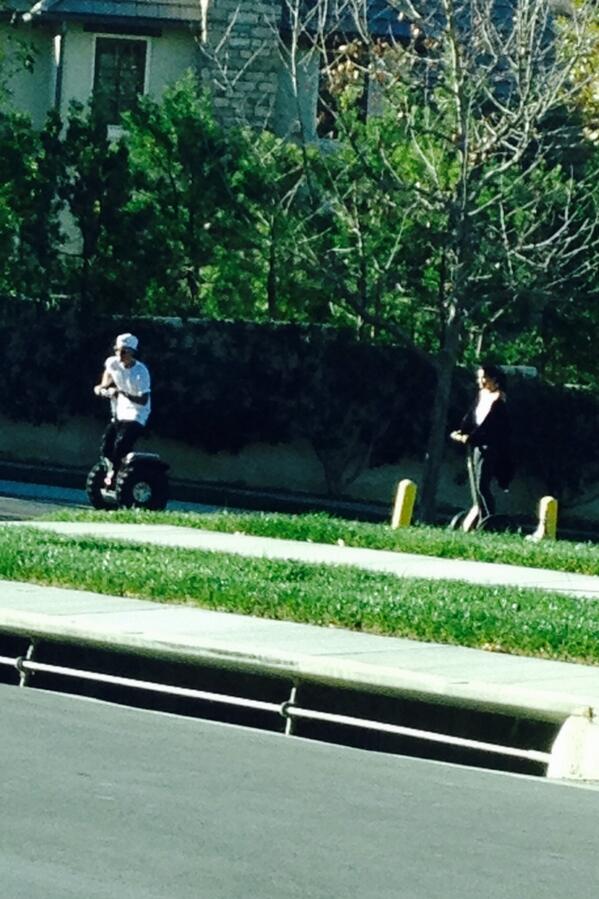 It's a new year and perhaps the biggest rumor to kick start the year, other than Miley Cyrus' supposed "dis" on Beyonce, is that Justin Bieber was spotted on a date with Singer-Actress Selena Gomez. So what where the two teen titans doing? They were photographed riding on Segway’s.

The Segway riding date took place near Biebers home in Calabasas, California, and is reported to have caused a traffic jam. One witness and person slowed down by the traffic jam tweeted that Gomez was very amiable towards him. Her friendliness created a moment of excitement that vanished shortly afterwards when Bieber told him to go have physical congress with himself using a word that rhymes with the word "duck". Yes, the brash young man has developed a penchant for potty mouthed replies to anyone he finds bothersome.

"Shoutout to @justinbieber for holding up all the traffic in the Oaks. Grow up...Thanks to @justinbieber told us to f*** off, and his bodyguards blocked the road, so hello to my new followers! Gotta admit, I was kinda starstruck by @selenagomez but @justinbieber ruined the moment," he added.

It was barely a fortnight ago that Bieber confessed he still has feelings for the lovely Gomez. He said their breakup and the subsequent heartache it gave him produced the best songs of his career such as "All That Matters". Given Gomez' kindness and seemingly grounded approach to fame, it will take a lot of maturing from this young man if he is to recapture her attention once more.

On The Web:
Justin Bieber and Selena Gomez Reunite in 2014: Exes Spotted Together on Segways!
http://www.eonline.com/news/495384/justin-bieber-and-selena-gomez-reunite-in-2014-exes-spotted-together-on-segways