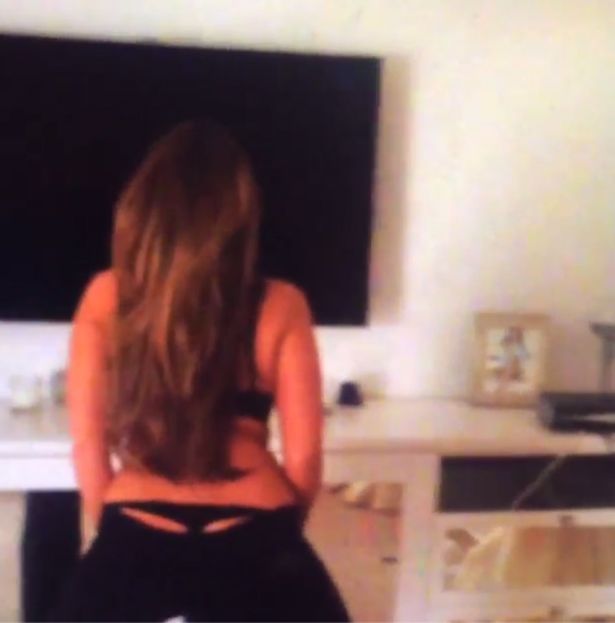 Lauren Goodger, the former star of the soap opera "The Only Way Is Essex" or TOWIE as fans call it, posted a selfie video in which she shows off her sex appeal in a twerk dance. A twerk is a dance involving the rapid movement of the hips and buttocks long performed amongst Black women, but recently highlighted by Miley Cyrus in an infamous dance routine at the MTV Music Awards in the fall of 2013.

As far as twerks go, Goodger certainly showed that she has a lot more skill at it than Cyrus. For starters, the 26-year-old from Brentwood is much more "endowed" than Cyrus which gives her something to actually twerk. Some are saying it's her way of showing her ex-boyfriend Mark Wright what he's missing out on following their break up two years ago.

That breakup had to be painful for her as she admitted in an interview she was pregnant with his child, but chose to terminate the pregnancy. For her video, Goodger let down her hair and stripped down to a bra and sports underwear. By all accounts, Goodger is doing very well and keeping herself fit despite criticisms that she was getting fat.

On The Web:
Lauren Googer Posts Twerk Pic In A Thong
http://www.ok.co.uk/celebrity-news/lauren-goodger-does-a-sexy-thong-revealing-twerk-to-show-ex-jake-mclean-what-hes-missing-watch-videos