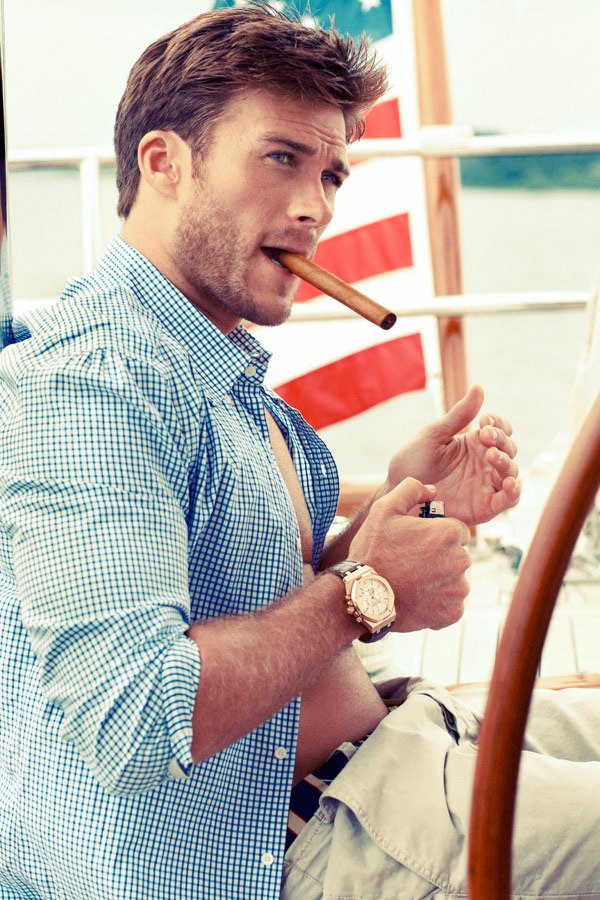 Actor Scott Eastwood first gave women a view of his pecs when his shirtless photo appeared in the October issue of Town & Country Magazine. Now Eastwood, the son of actor/director Clint Eastwood and former stewardess Jacelyn Reeves, has been named one of the country's 50 most eligible bachelors by the lifestyle magazine. The 27-year old Eastwood didn't seem very impressed by the honor, recognizing that accolades of this type tend to be quickly forgotten. He also admitted he was aware that plenty of female readers had taken notice of his October magazine appearance, but that he was too busy to fully take it in, involved in on-location filming in London.

But it will be hard to escape the attention now that Town & Country editors have selected Eastwood as their cover boy for the February issue that puts the spotlight on 50 men that the magazine contends are the "most intriguing" of any found on the planet. In response to readers' overwhelming requests, the editors have also posted an additional eight pictures of the very handsome and photogenic actor/model on its online website. Eastwood admits his parents raised him right, telling him to always do his best.