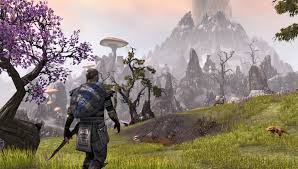 The judge presiding over the class action lawsuit against ZeniMax Media Inc. and Bethesda Softworks LLC, the makers of "Elder Scrolls IV: Oblivion", has dismissed the case with prejudice. At this point it is anyone's guess as to what that means, but usually the clause "with prejudice" indicates an out of court settlement.

Now, serious gamers may not appreciate this, but the makers of the popular role-playing fantasy game marketed the online version with a known defect that would cause players to lose their "progress" in the game. In fact, their fantasy characters would get erased. Again, it is hard to imagine something as inconsequential as an online game being the subject of a class action lawsuit over a software defect. It can only be imagined where this nation would be if the same zeal were manifest in learning math and chemistry.

The dismissal may actually be favorable for the lead plaintiff in the lawsuit, Landis Edwards. The judge did state that the misrepresentations made by the makers of the game were in the public's interest. The same consideration held true for the claims of a violation of the Consumer Protection Act and a breach of warranty. Time will tell who actually benefited from the dismissal.