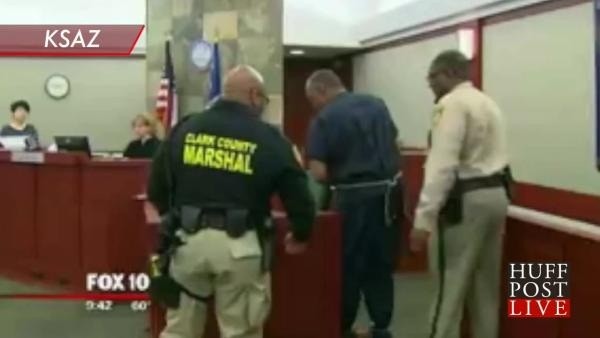 With just 3 years until O. J. Simpson is eligible for parole, he is turning to the President of the USA for possible clemency. He claims he is suffering from a cancerous brain tumor, although cancer has not been medically confirmed at this time. He has had health problems arising from diabetes since being incarcerated. Mr. Simpson, positive that he may die any day now, wishes to be released to die in the peace and comfort of his own home. He is serving a 33-year sentence for robbery and kidnapping.

'O.J. says his memory is slipping and he gets painful headaches and other symptoms,' a source told The Enquirer, listing blurry vision, occasional stuttering and hearing problems as other concerns. He also at times feels confused and has unusual bursts of anger and fits of depression.

'He put off the doctors for weeks after he first started experiencing the symptoms because he was afraid of what they would find,' the source said.

'Now the prison docs are telling him they believe he has a brain tumor. They plan to run a series of tests on him, MRIs and CT scans.'

With O. J. Simpson's tendency to create wild publicity stunts, many wonder if he does indeed have a cancerous brain tumor, or if his health worries can be contributed to complications from diabetes. It is reported that his prison diet is laden with sugar-filled snacks. He is suffering from dizzy spells, nausea, and memory lapses, which could be symptoms of a brain tumor, or diabetes. Prison doctors are running a series of tests, including CT scan and MRI to determine the cause of his health issues. Simpson has had an evident weight-gain while in prison, possible due to his sugar-filled diet and inactivity.

Only time will tell if he has brain cancer, or if this is another publicity stunt.

Man At Border Attempts to Smuggle Woman in Suitcase