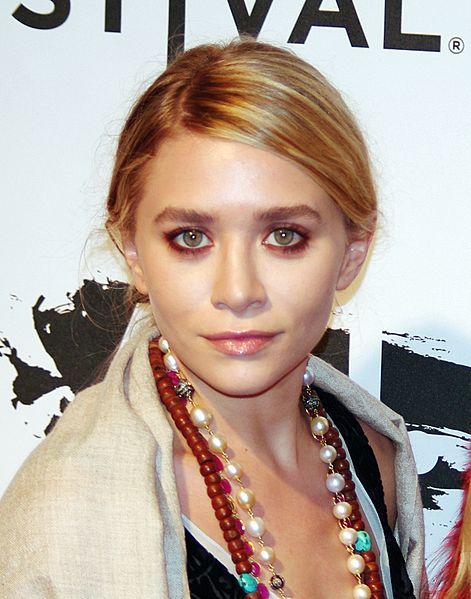 Ashley Olsen, the petite 5'2" actress and fashion designer, has ended her relationship with boyfriend David Schulte. It really does seem to be true that identical twins do things identically. Both Olsen twins have a thing for older men. Ashley dated 44-year-old Schulte for one year. He is the successful CEO of Oliver Peoples, a high-end eyewear firm. Her sister Mary Kate is currently dating Olivier Sarkozy, a wealthy banker and half-brother to former French president Nicholas Sarkozy. Her boyfriend is also 44-years-old.

Both Olsen girls are 27-years-old, but you could never tell that by looking at them. Their slender frames and petite stature make them appear to be teenagers to this day. As for why Ashley's budding romance ended is anyone's guess. She's very private about that sort of thing. A source close to her says that she was fond of Schulte and found him attractive, but in the end it just didn't click for her.

Thus far, Mary Kate's been doing a bit better in her relationship with her French beau. The two were spotted enjoying public displays of affection in Madison Square Garden where they were attending a basketball game for the New York Knicks. She and Sarkozy have been dating since 2012.